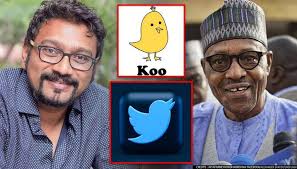 Gatekeepers News reports that President Buhari with the handle @muhammadubuhari already has over 1,700 followers after opening the Indian microblogging platform, Koo.

Koo took advantage of the Twitter clash with the Nigerian government and immediately announced its presence in the country.

“Koo is now available in Nigeria. We are thinking of enabling the local language there as well. He further added that they are considering introducing a local Nigerian language into the Koo app.

“Nigeria is similar to India in terms of language diversity. It has hundreds of regional languages. Koo has a global outlook and will enable micro-blogging in countries that need it the most. We have built a scalable platform, and while we are still enhancing the product, it’s already available for use in multiple countries today,” Koo founder and CEO, Aprameya Radhakrishna, announced on June 5.

On Thursday, Gatekeepers news reports that the Nigerian Government with the handle, “@nigeriagov” has also joined Koo.

President Muhammadu Buhari has written the Senate to seek the screening and re-confirmation of some former Deputy Governors of the Central Bank of Nigeria...

President Muhammadu Buhari has accused governors of misappropriating the funds of LGAs in their states. Gatekeepers News reports that President Buhari on Thursday accused...