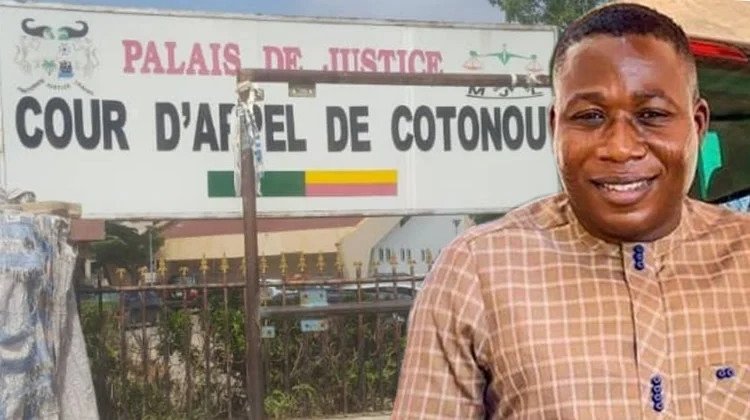 Sunday Igboho said he fled to Benin Republic to avoid being killed in Nigeria.

Gatekeepers News reports that the Yoruba Nation agitator, Sunday Adeyemo aka Sunday Igboho has told Benin Court of Appeal that he fled Nigeria to avoid being killed.

Igboho who was arrested on July 19 with his wife while attempting to travel to Germany, has been charged with illegal entry into the Benin Republic.

His lawyer, David Ibrahim Salami made this known while stating what transpired at the Benin Court of Appeal on Monday where the agitator appeared before three judges.

The court ruled that he should be relocated to prison from police custody.

Salami said: “While defending himself on the criminal allegations put on his head by Nigeria, Igboho told the judges that he had never been tried for any crime in his life.”

The Professor of Law at Beninoise University said Igboho was in court from 7:30 am till about midnight.

According to him, Igboho said he had neither been invited to any police station nor has any formal charges been brought against him as a result of his agitation for the separation of the Yoruba nation from Nigeria.

Salami noted that the agitator explained that he was only trying to free ‘his people’ from the atrocities of killer-herdsmen, which made him incur the wrath of some powerful individuals in government.

The legal practitioner added, “When the judge asked him how and when he entered the Benin Republic, who housed him and who took him to the airport, Igboho told the court that his coming to the Benin Republic was to flee from his traducers who wanted to kill him in Nigeria.

“He stressed that he spent less than one day in Cotonou before attempting to travel to Germany.

“What amazed me is the fact that the judge was explicit that Igboho’s continued detention is not as a result of his issues with Nigeria, that he is being sent to prison because of infractions committed here in the Benin Republic.”

Salami while noting that Igboho was sent to prison to investigate how he came into Cotonou and why, said no date had been fixed for the continuation of trial because the authorities would need time to investigate this.

He added that Benin Republic law allows his client to be admitted to bail pending the outcome of the investigation.

The Beninese lawyer while speaking on the reason the trial was held behind closed doors, said the judgment can be read in the open court after the investigations have been concluded.

He noted that Igboho showed discomfort as a result of bruises he suffered when the Department of State Services (DSS) attacked his residence on July 1.

Salami added that he was, therefore, allowed to sit throughout Monday’s court sessions instead of standing before the judges.

He stated that he will be entitled to medical services if there is a need as a prison inmate unlike when he was in police custody.

The lawyer said although Igboho’s trial began from an extradition request from the Nigerian authorities, it is now centred solely on whether he broke the laws of Benin Republic or not.

He added that the primary task now is to establish whether the embattled activist entered Cotonou through legal or illegal routes, and what his mission was.

Salami said the Nigerian authority had not filed any papers against Igboho, “We have also not seen any written complaints from Nigeria being placed before the court. It is a case between the Benin Republic and Sunday Igboho – nothing more.”