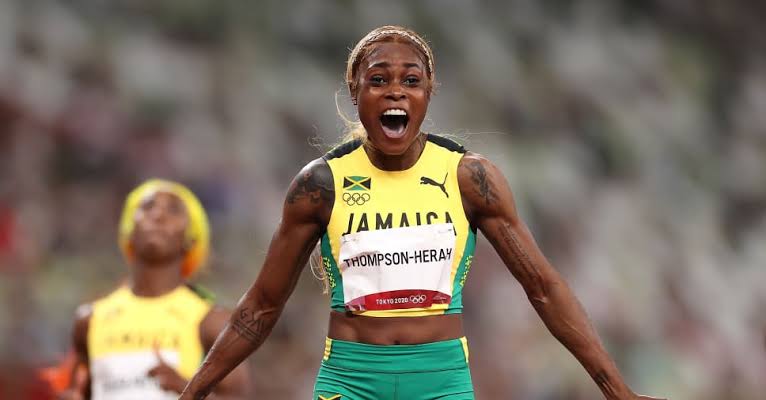 Jamaican Elaine Thompson-Herah has won her third gold at the Tokyo Olympics.

Gatekeepers News reports that Jamaica have won the women’s 4×100 metres relay by setting a national record of finishing at 41.02sec on Friday.

This victory has earned Thompson-Herah her third Olympic gold of the Tokyo Games.

She ran the second leg and opened up a sizeable gap on their opponents.

The United States won silver at 41.45sec and Britain took bronze at 41.88sec.