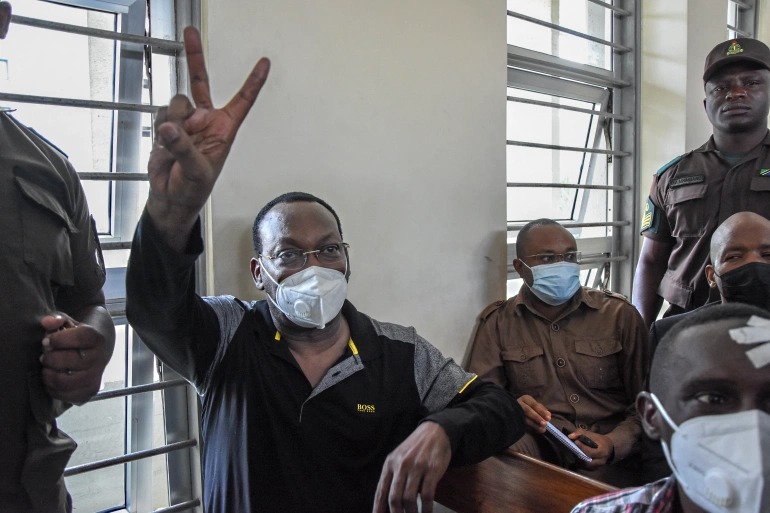 Gatekeepers News reports that Friday was the first time Mbowe was seen in public since his arrest along with other members of his Chadema party on July 21.

They were arrested just hours before they were to hold a public forum on constitutional reform.

Mbowe has been charged with terrorism financing and conspiracy in a case that has triggered concern among rights groups and Western nations about the state of democracy under Tanzania’s new President Samia Suluhu Hassan.

Mbowe supporters have described the charges as a politically motivated move to silence dissent.

Gatekeepers News reports that the case was however adjourned till August 13 as prosecutors want it to be handled by a higher court, according to prosecutor Pius Hilla.

Defence lawyer, Peter Kibatala said that they had expected initial procedures to be completed at Friday’s session.

“I would urge they make it quick to protect rights of the accused and the fact that Mbowe’s case is of public interest. I hope we will move a step forward when we come to court next week so that hearing starts at the High Court.”

Other opposition parties expressed solidarity with Mbowe and urged Hassan to have the case dropped.

“Moments like this take Tanzania a step backwards… the president’s wisdom is needed so that we move forward,” said James Mbatia, leader of the NCCR-Mageuzi opposition party, and one of the few supporters allowed inside the courtroom.

In this article:Gatekeepers News, Mbowe, Tanzania