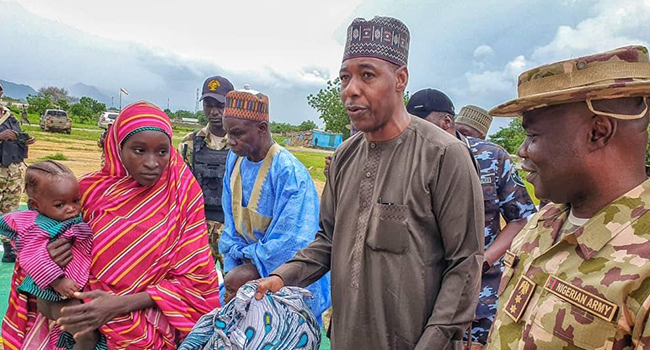 Nigerian Army has handed over another Chibok schoolgirl to Borno State Governor, Babagana Zulum in Gwoza on Saturday.

Gatekeepers News reports that Governor Babagana Zulum has received another Chibok schoolgirl who presented herself to the Nigerian Army.

The schoolgirl, Hassana Adamu who presented herself alongside her two children, was handed over to the Governor by the Commander, 26 Taskforce Brigade, Brigadier General DR Dantani.

Adamu is the second Chibok schoolgirl to be received by the Borno State Government within two weeks.