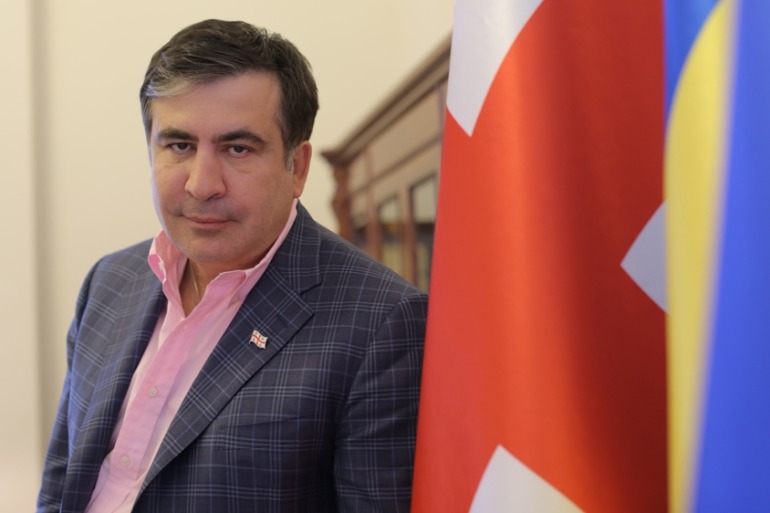 Georgia has arrested former President Mikheil Saakashvili after his return to the country following eight years in exile.

“I want to inform the public that the third president of Georgia, Mikheil Saakashvili, is arrested. He was transferred to a penitentiary institution,” Garibashvili said.

The Prime Minister’s announcement came hours after Saakashvili, who was in 2018 convicted in absentia on abuse of office charges and has lived in Ukraine in recent years, posted on Facebook that he had returned to the country.

In the posts, Saakashvili called Saturday’s elections “crucial” for Georgia and had called for a rally in Tbilisi on Sunday, promising to join it.

“Everyone must go to the polls and vote, and on October 3 we must fill the Freedom Square. If there are 100,000 people, no one can defeat us,” he posted in the video he posted.

“You see – I risked everything – my life, freedom, everything, in order to come here. I want only one thing from you – go to the polls,” he added.

President Salome Zourabichvili said she would not pardon Saakashvili, according to TASS news agency on Friday.

The arrest of Saakashvili, who lived in Ukraine where he headed a government agency steering reforms, is expected to prompt a diplomatic issue with Ukraine as the former President holds only the Ukrainian citizenship that was granted in 2015 before he briefly served as the governor of Odessa.

Gatekeepers News reports that Saakashvili’s Georgian citizenship was revoked in 2015 due to the country’s law against dual citizenship at that time.

Ukraine’s foreign ministry said it had summoned the Georgian ambassador after his detention.

In this article:Gatekeepers News, Georgia, Saakashvili