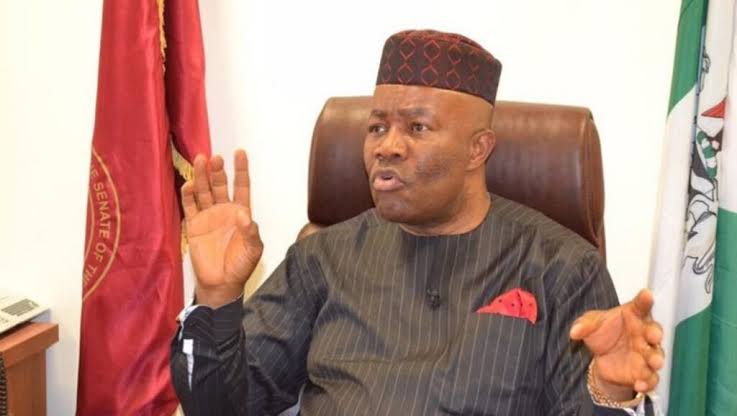 North-East APC Vanguard For Buhari has called Minister of Niger Delta, Godswill Akpabio to contest for president in the 2023 election.

Gatekeepers News reports that based on the consideration that the 2023 presidency may be zoned to the Southern part of the country, the group has urged Akpabio to join the presidential race under the ruling All Progressives Congress (APC).

The political pressure group made the call through its Chairman Ahmed Mohammed in a press release issued to Journalists in Bauchi on Monday.

Mohammed said the former Governor of Akwa Ibom now the Minister of Niger Delta has done extremely well when he was the Governor for Akwa Ibom and now as a Minister demonstrating a clear example of leadership.

According to him, “It is now time to support people from the South among which Godswill Akpabio is the only trusted person, he is a sincere and focused leader that has the Youths, the people, and the country at heart.”

He added, “We call on him to come out and declare his interest to contest for the president of our dear country comes 2023, we will support him fully, we have already started consultation across our states, our leaders have already shown love and concern on Akpabio because of his track records to the development, unity, and progress of Nigeria, Akpabio is the leader that this country needed at this material time.

“Akpabio has all it takes to lead this country to the promised land, realise the dream of our past leaders. Akpabio is the leader and the man for the Job come 2023”.

The Vanguard Chairman also stressed that “Akpabio is a highly composed person that can lead this country without rancor or discrimination, he is a philanthropist and Nationalist, he is fit for the office”.

He further stated that the group will soon mobilise to storm Abuja to present its letter of intent to support his aspiration to him and also show their seriousness to the project.