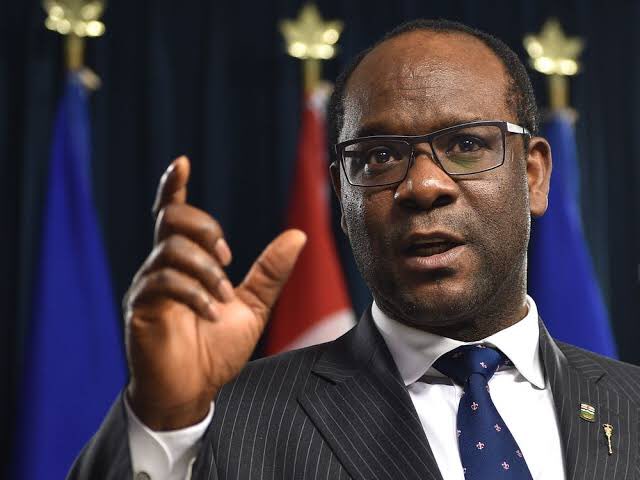 Alberta Premier Jason Kenney has asked justice minister and solicitor general Kaycee Madu to step back from ministerial duties pending the completion of an investigation.

Gatekeepers News reports that Madu who was appointed in August 2020, is stepping aside following reports he was accused of calling Edmonton’s police chief to rescind a ticket fine for using his phone while driving.

“In the interim period, I have asked Minister Madu to step back from his ministerial duties,” Kennedy tweeted on Tuesday. “Minister Sonya Savage will act as Minister of Justice and Solicitor General during Minister Madu’s leave of absence.”

In March, media reports said the Nigerian-born minister was pulled over on March 10, 2021, and fined $300 for being on his cellphone while driving in a school zone.

Madu said he was pulled over by an Edmonton police officer, who alleged he was driving while on his phone. But disagrees with the offence, saying his phone was in his pocket.

Court records showed that Madu was issued a ticket for operating a vehicle while using a cellphone for which he paid the $300 fine two days later.

Madu maintained that he did not commit the offence and suggested that the issue could be linked to matters of racial profiling happening at that time.

“To be abundantly clear, at no point did I request that the ticket be rescinded. I would never do that. However, in that particular call, I regret raising the issue at all with the Chief McFee,” Madu said.

“Due to the timing of the incident, I wanted to ensure that I was not being unlawfully surveilled following the controversy surrounding the Lethbridge Police Service.

“I also raised concerns around profiling of racial minorities that was in the media at the time.”

Sabir accused Madu of using “his position as minister to initiate this conversation, and regardless of whether he asked the chief to cancel the ticket, it is political interference for him to have discussed it all.”

Kennedy said he “will appoint a respected independent investigator to review the relevant facts and to determine whether there was interference in the administration of justice in this case.”