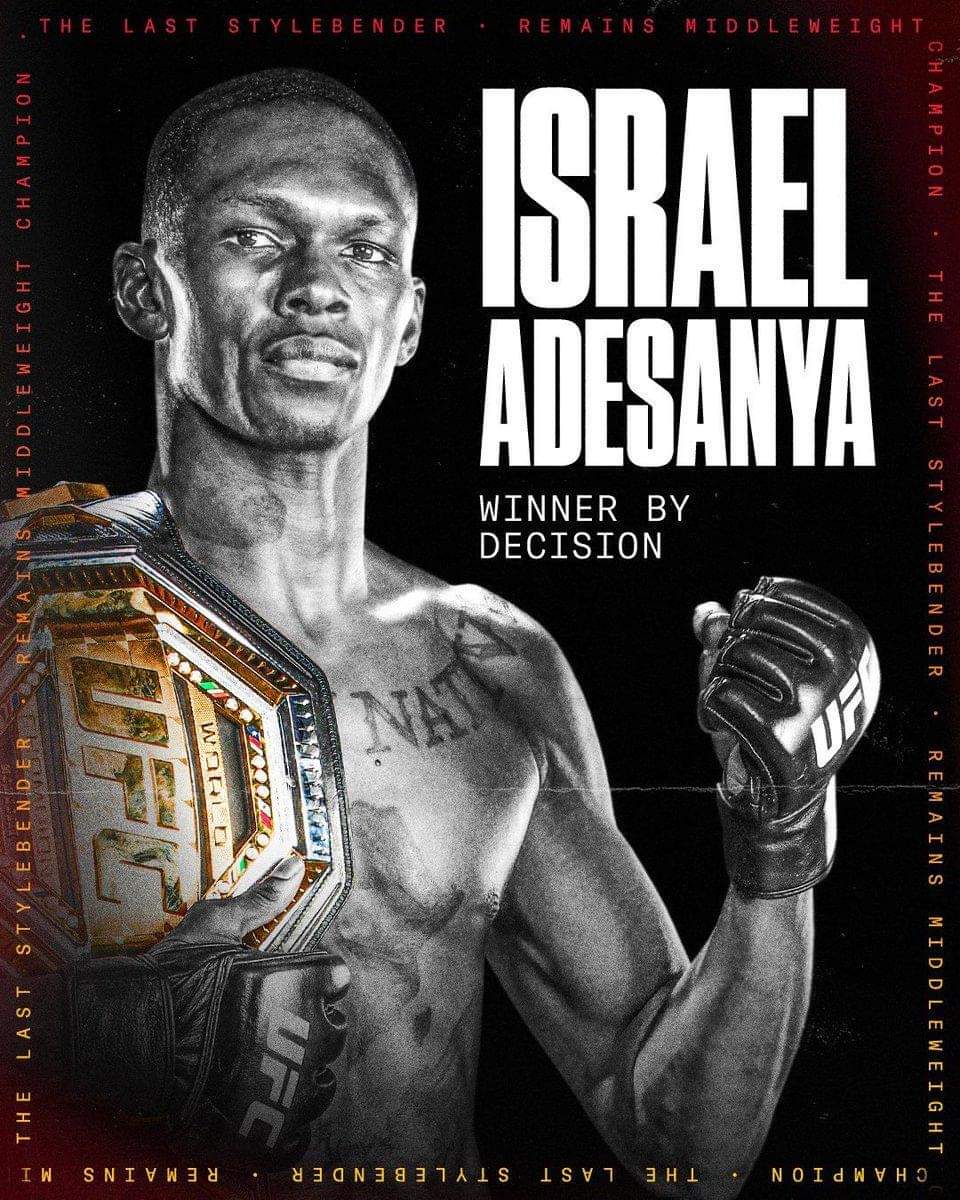 Israel Adesanya has beaten Robert Whittaker to retain his title of the middleweight division at UFC 27.

The Nigerian-born who won his 11th straight middleweight fight in the UFC and remained undefeated has won all four of his title defenses — three by unanimous decision and one by knockout.

After his victory, Adesanya said “Seven out of 10… Not bad. Good night in the office. Good chess match.” 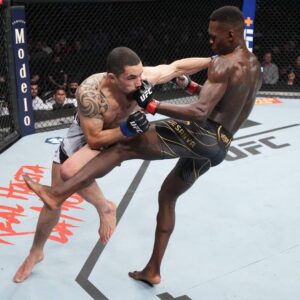 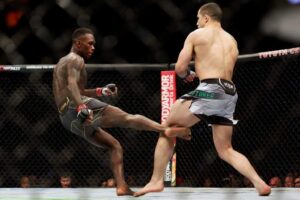 The match which was even throughout, saw Whittaker taking the champion down several times, Adesanya was also able to land punches to Whittaker’s face and kicks to his ribs.

After the bout, Adesanya stated that he told Whittaker that he respected him.

He continued, “Don’t get me wrong, I don’t want this popping up in a highlight reel screaming ‘Robert thinks he won, blah, blah, blah. I’m not taking anything away from him. He won. Literally, he won. He’s got the belt, that’s how it works. The judges gave it to him. That’s the game. That’s the business.”

Meanwhile, the next contender for the UFC middleweight title might be Jared Cannonier (15-5), who knocked out Derek Brunson (23-8) in the second round of their fight earlier in the night.