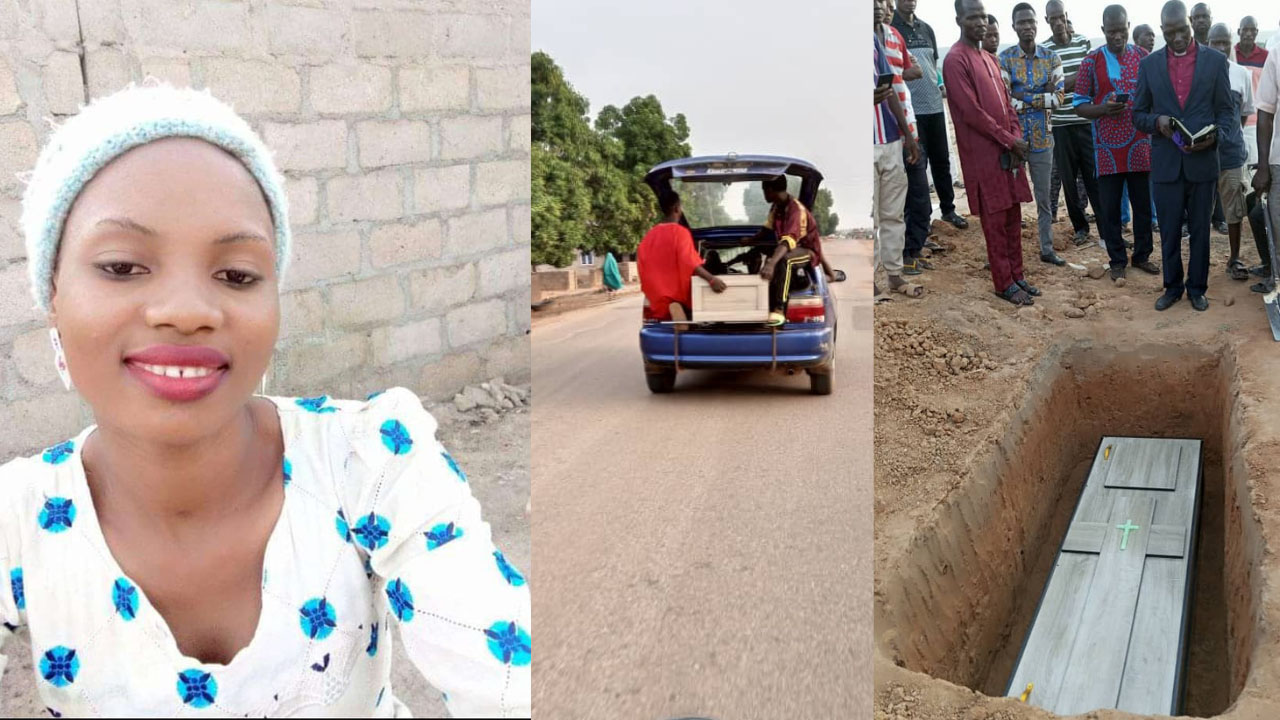 Deborah Samuel, the young lady who was lynched on Thursday in Sokoto State, Northwest Nigeria over alleged blasphemy, have been laid to rest.

Gatekeepers News reports that Deborah was stoned to death and burnt by her fellow students for allegedly making a blasphemous statement on a WhatsApp group.

She was buried amid tears in her hometown, Tunga Magajiya, in the Rijau local government area of Niger State. Sokoto State Government had allegedly insisted that the body be kept in the mortuary until it concludes its arrangement on the matter. 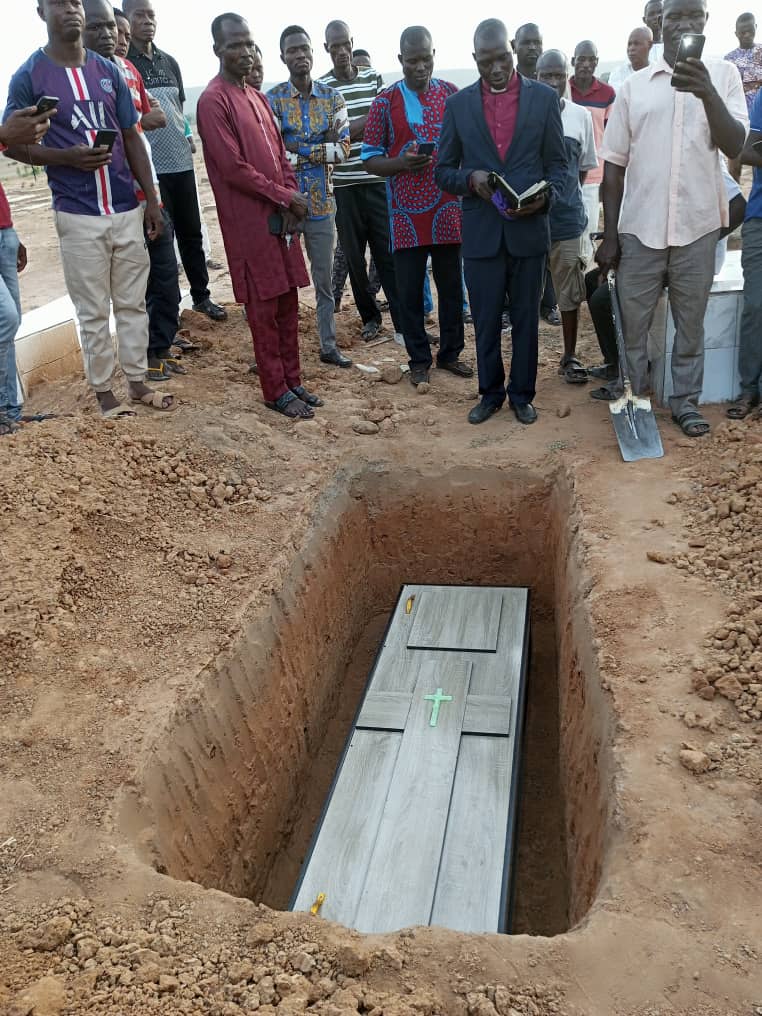 She was buried around 6:30 pm at the Christian cemetery in Tunga Magaiya as her uncle, Emmanuel Maaji who is the Pastor of ECWA in the hometown, led the prayers before she was lowered to mother earth.

Deborah’s killing has sparked outrage and condemnation across the country. The police command in Sokoto has announced the arrest of two suspects in connection with the killing and the State Governor,  Aminu Tambuwal has imposed a 24-hour curfew on the state following unrest in the State.