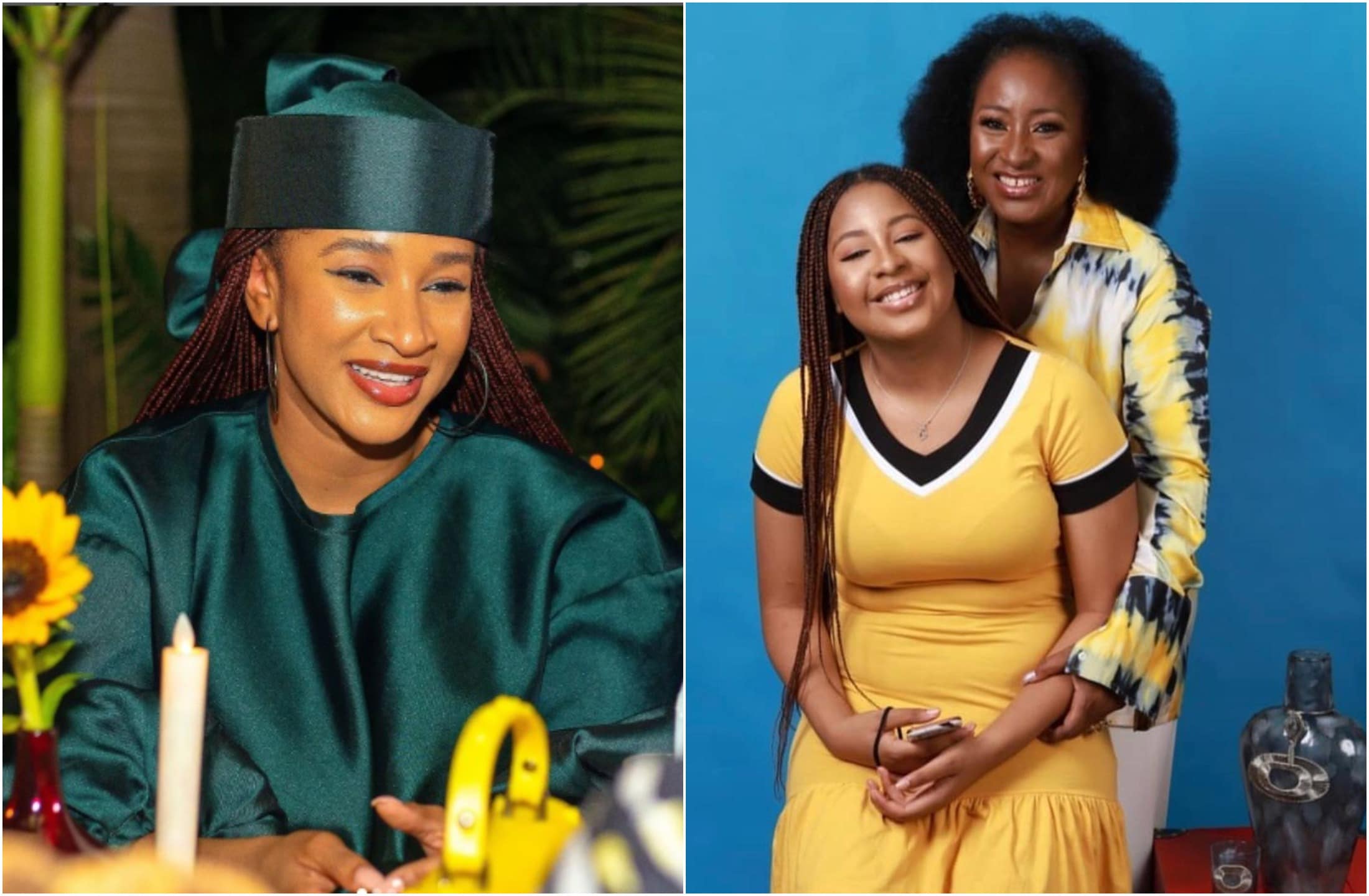 Veteran Nollywood actress, Iretiola Doyle on Thursday hailed her colleague, Adesua Etomi-Wellington, as she narrated how she saved her (Doyle’s) daughter, Jemiyo, from bullies.

Gatekeepers News reports that Ireti, in a lengthy Instagram post, explained that her daughter who just turned 18, had just transferred to a new school and not shortly after her resumption, she bagged a position in the students’ council.

According to her, Jemiyo got bullied ‘aggressively’ because they didn’t want her ‘shine’ without ‘permission’. The bullying however “died down significantly” after Adesua stepped into the issue.

She wrote: ”Within months of arriving she vied for and won a position on the students Council. Apparently that’s not allowed. You cannot just arrive here and begin to ‘shine’ without ‘permission’.

“Oh the bullying was aggressive! And most of the time, she would beg me not to step in, determined to make her own way.

“Anyways, Mrs. Wellington heard about the goings on and said ‘Auntie, I’m going to go pick Jem from school one day’. I said OK. On the said day, she asked me to sit in the car. It took longer than usual.

“@adesuaetomi didn’t just ‘pick’ her from school. She took her time to stroll round the school compound with her arm around Jemiyo, waving at the students who had become dumbstruck.

“The message was clear: ‘This is my Beloved, thou shall not touch’. Suffice to say the bullying died down significantly from that day – true star power.”