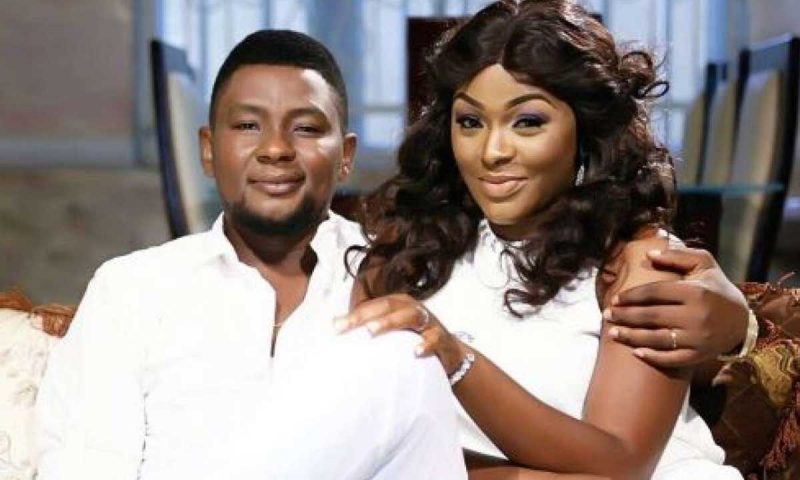 Austin Faani, the estranged husband of actress Chacha Eke Faani, has denied allegations of domestic violence, saying “I have never raised my hand on any woman in my life”, including his wife.

Gatekeepers News reports that Faani, who is a movie director, was called on Tuesday by his wife who again, declared an end to her nine-year-old marriage. The mother of four had in 2020, announced that it was over between her and her husband but made a u-turn a few days after, saying it was because she had bipolar disorder.

She however cried out on Tuesday, saying she has been ‘living a lie these past years’ as she alleges domestic violence issues in her marriage. Chacha said she doesn’t want to die or go inexplicably missing.

“I don’t want to ‘die’ or go inexplicably ‘missing.’ I sincerely and publicly apologize for living a lie these past years. True to random speculations, there has been trouble in my ‘perceived paradise’.

“For the 2nd time in 2 years, I am here again on social media boldly declaring that I am done with my marriage. My long overdue/relentless stance on this is, of course, no news to Austin Faani, the doctors, and my parents.”

Reacting to the film star’s post via his Instagram page, Faani said he is not a violent person.

He added that those familiar with the issue in his marriage “know the absolute truth.”

“I am not a violent person. Personally I detest violence in any form. I have never raised my hand on any woman in my life, including my wife,” he wrote.

“Everyone close to this case knows the absolute truth and it is not in my place to divulge it. The one person who started the talk will in due time continues to talk. Let light lead.”