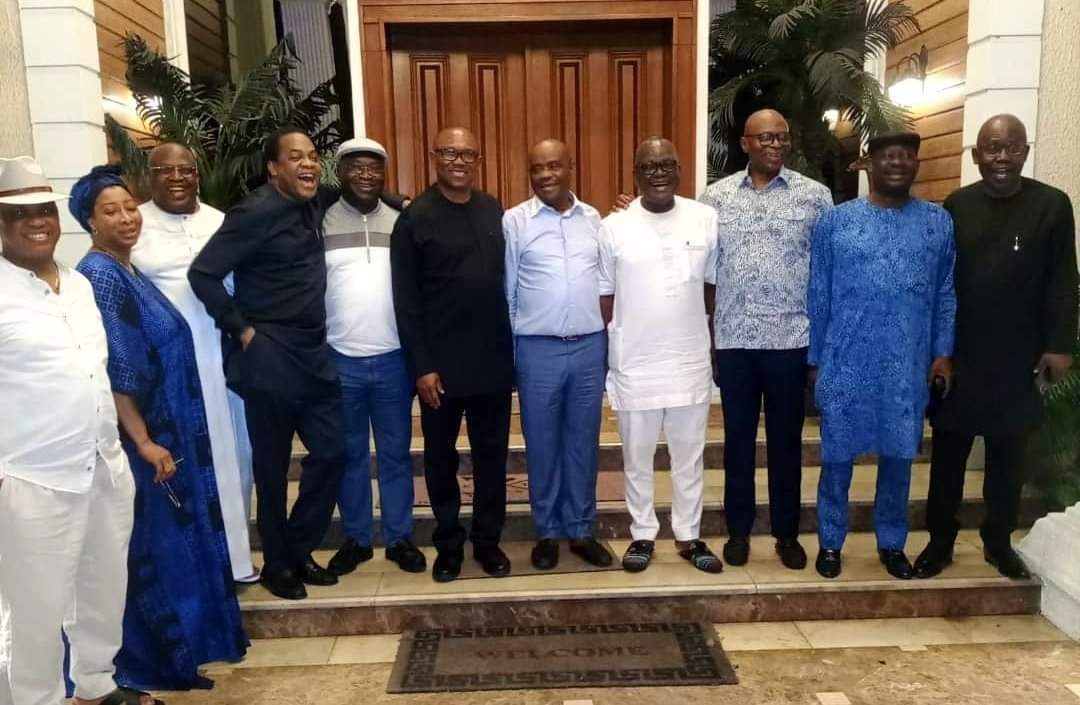 Peter Obi, the Presidential Candidate of the Labour Party, Peter Obi, has met with the Governor Nyesom Wike of Rivers State and the former governor of Ondo State, Olusegun Mimiko again.

Mimiko shared a photo with the aforementioned politicians on his Twitter page.

However, the ex-governor did not give a reason for the meeting.

The Labour Party presidential candidate had met Mimiko last week Thursday, 11 August, 2022. The motive for the meeting was not made public by either of the politicians.

The Monday closed-door meeting lasted for a few hours at the Wike’s private residence in Port Harcourt.

Though the outcome of the meeting was not known, the two politicians were seen shaking hands in front of Governor Wike’s residence in pictures that surfaced online.