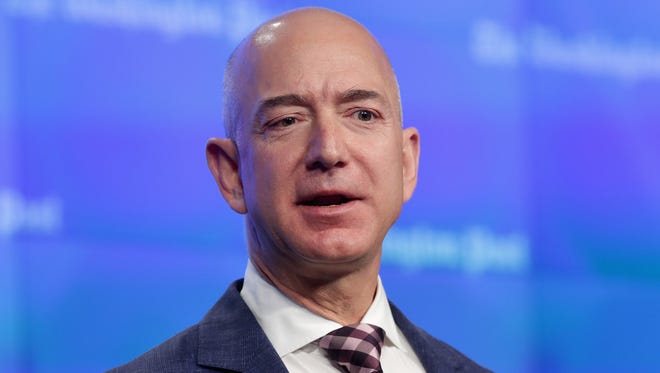 Jeff Bezos, multi-billionaire founder of Amazon, the online shopping giant-turned-streamer, attended the premiere of the most expensive movie series “The Lord of the Rings: The Rings of Power” which is worth $1 billion.

Gatekeepers News reports that Bezos the highly anticipated TV series, launching September 2 on Amazon’s streaming platform, is said to be a personal obsession of Bezos.

Set in the world of J.R.R. Tolkien’s books, thousands of years before the Oscar-winning “Lord of the Rings” film trilogy, the series is set to unfold over five, sprawling seasons, each of 10 episodes.

Bezos joined the show’s stars and filmmakers for a launch event at California’s Culver Studios on Monday night, where the first two episodes were screened before a spectacular light show featuring dozens of illuminated drones.

Executive producer Lindsey Weber said the show’s $1 billion cost was “a very grabby headline people like to talk about,” but promised that viewers would “see the money is really on the screen.”

Speaking to AFP on the red carpet, Weber said the eye-watering cost came from “setting up for five seasons.”

“If you look at what it cost to make a feature tentpole film, by that comparison, really we’re quite a bargain,” she added, using a term for mega-budget blockbusters released by Hollywood’s top studios.

“The Rings of Power” is set 4,000 years before the film trilogy and original books, in a fictional “Second Age” — a historical period sketched out in less detail by Tolkien’s writings.

The show features a large ensemble cast of actors who are not widely known to global audiences.

Morfydd Clark and Robert Aramayo play younger versions of elves Galadriel and Elrond — characters already familiar to fans of the “Lord of the Rings” films.

“It’s an epic adventure story, with universal themes, and a real labor of love — we’ve all worked very very hard on it, and I just hope people enjoy it,” said Aramayo at Monday’s premiere.

“They built a city, with a dock and ships floating in it — it’s mind-blowing and really, really incredible to get to play on some of these sets.”