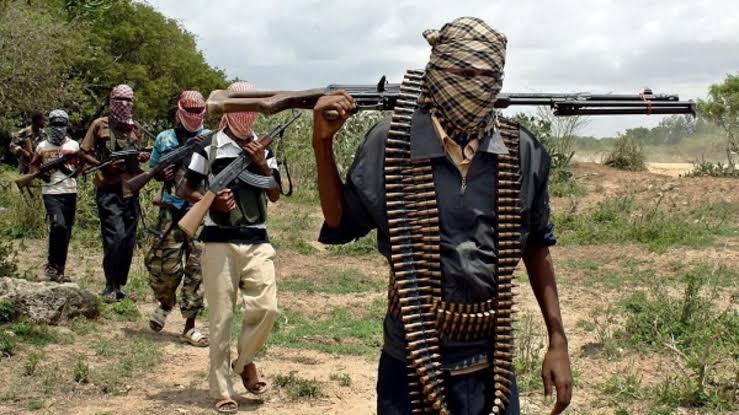 There are four Nigerians whose love and passion for this nation mesmerizes and ignite me so effusively; The late Babami Raimi Atanda; My COO at Gatekeepers News; Mr Taheer Momodu; the 31st President of the Unilorin Students’ Union, Adebisi Ridwan Reedof and my comely Awwyy.

My late father, Raimi Atanda was a well to-do man amongst his peers in the early 90s having been able to afford the fad of his time, Peugeot. He told me in one of our talks that he could’ve travelled abroad but he decided to stay back because he feels no country is better than Nigeria in terms of abundant resources residing therein.

Awwyyy also shares the same sentiments as my late father but would love to ‘Japa’ to further her study or go for vacation and come back. She has an abiding interest in the development of this country which is sure can only happen if the women-folk are actively carried along. Sentiments.

Reedof doesn’t even want to leave this country either to Japa or go for vacation. He prefers Obudu Cattle Ranch, Olumo rock to cool his head. He decided to even spend his honeymoon in Nigeria not because of his purse, of course he can afford a trip to the Maldives but he doesn’t even see leaving the shores of this country as an option. He has a one-size-fits-all approach to solving Nigeria’s problem – End corruption.

Lastly, my COO, Taheer Momodu ranks of the trio, he only criticizes when need be, he’s a Nigerian man, made for Nigeria and loves Nigeria. When the country records a feat, he’s always quick to prompt me to it, he’s always suffusing my queue with good stuffs about the country and will always maintain his position that this country will get better, I say Amen! A thunderous amen.

For a while now, Insurgency, banditry and kidnapping have become a quotidian aspect of the Nigerian life. Killings and kidnappings have persisted with each incident surpassing the previous in gruesomeness, audacity and ruthlessness.

However, of late, good stuffs have been emerging from the Nigerian space. First it was Tobi Amusan, Ese Brume to RRS former Chief, Tunji Disu who all made the Nigerian flag fly high at the recently concluded Commonwealth Games to the Nigerian military who are doing well in keeping the country’s home front safe.

The Nigerian military has been giving the enemies of this country, the bad boys and agent provocateurs a bloody nose, kicking thier crazy ass and ultimately sending them to God to answer for thier misdeeds and transgressions.

The military airstrikes in the past days have resulted in the death of several terrorists from Barkiya to Kurfi to Dadawa to Galbi ti Birnin Gwari to Maiduguri and other parts of the North West and East.

The troops are spending time with the mosquitoes and deadly animals in the cold and deep forest without their partners or spouses rub but rather making sure we can sleep well with our two eyes closed.

According to preliminary reports, over 200 bad boys have been sent to the almighty God to answer for their misdeeds, several captured, scores of rustled cattles, and ammunition recovered.

It’s not without loss on the Nigeria’s side, but such men are the ones about whom the English metaphysical poet, John Donne, in his sonnet, Death Be Not Proud, said: “… for those whom thou think’st thou dost overthrow, Die not…”

Emperor Haile Selassie said it, and it was rendered into music by Bob Marley: “for we have confidence in the victory of good over evil.”

We will not rejoice at iniquity, at evil. We will not pump discouragement into our troops, nor into a government working hard to improve our fortunes, despite the strong winds of adversity.

We believe the word of God: “The wicked shall be a ransom for the righteous, and the transgressors for the upright.” (Proverbs 21:18)

Biblical Book of Genesis chapter 12; verses 2 and 3: “I will make you into a great nation and I will bless you; I will make your name great, and you will be a blessing. I will bless those who bless you, and whoever curses you I will curse; and all peoples on earth will be blessed through you.

May the almighty God continue to be with our troops and cause peace to return to our dear native land, Nigeria! Amen, u say again, Amen.