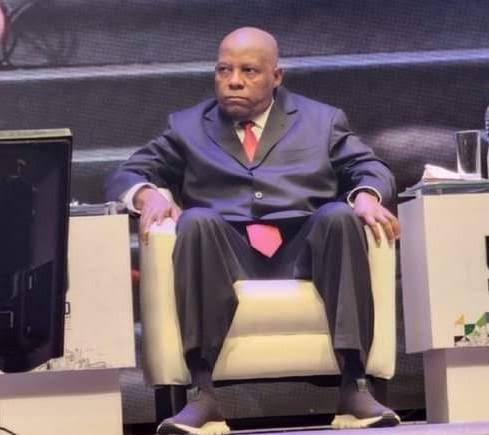 Kashim Shettima, Vice-Presidential candidate of the All Progressives Congress (APC) has explained why he wore sneakers to the recent conference of the Nigerian Bar Association (NBA).

Shettima’s outfit at the NBA Conference held in Lagos state, Southwest Nigeria on Monday, had sparked a wave of reactions on social media.

Peter Obi, presidential candidate of the Labour Party (LP), on the other hand, got the most acceptance from the attendees of the conference.

In a now viral video clip, the running mate to Bola Tinubu alleged that a certain presidential candidate held meetings to “plan mischief”.

Shettima, did not, however, disclose what the alleged mischief was.

The vice-presidential candidate said, “I was in Lagos for the NBA conference. The NBA conference was held at Eko Hotel. It was largely funded by the APC state government of Lagos state.

“Subsequently, they moved to Eko Atlantic City, a product of an idea conceived by Asiwaju Bola Ahmed Tinubu.

“When I sent my recon team, one of the presidential candidates, he funded his agents. They held meetings for three nights consequently, to plan mischief.

“When I was told it was a hostile crowd… I’m a banker, I was trained by one of the best bankers in the world. I’m a Jim Ovia boy. I deliberately wore sneakers to snub at them.”