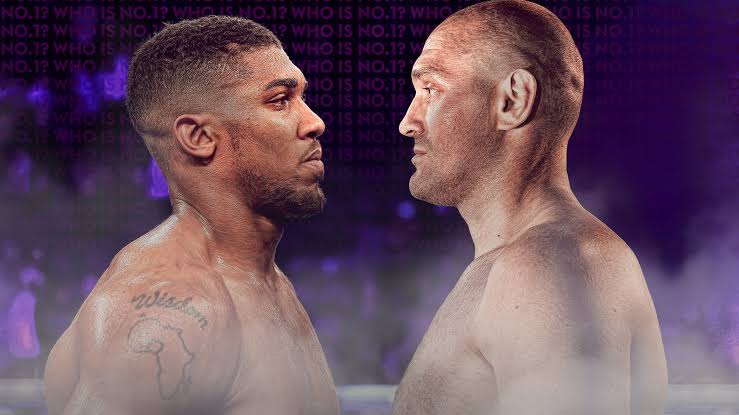 Tyson Fury has said that an all-British clash with Anthony Joshua is still possible, despite the latter losing his title-rematch to Ukrainian Oleksandr Usyk last month.

Gatekeepers News earlier reported that Joshua lost the WBA, WBO, IBF and IBO heavyweight titles to Usyk with a decision defeat a year ago.

The unbeaten Ukrainian outpointed the 32-year-old again last month to retain his belts.

Usyk, 35, could next face WBC title holder Fury in a bout to crown an undisputed heavyweight champion.

Fury has, however, suggested that he might fight someone else in December, before taking on Usyk next year.

The 35-year-old noted that fans are still eager to see the heavyweights face-off in the ring and is ready to fight Joshua if a potential bout with Usyk doesn’t happen.

Fury took to social media on Monday to offer Antony Joshua a WBC heavyweight championship fight amid delays to his plans to face Oleksandr Usyk in a unification bout.

In an Instagram video, he said, “Tyson Fury here, aka the Gypsy King, the WBC heavyweight champion of the world, as you can tell.

“I think you’ve all heard that I’m going to be fighting soon, within the next few months, and I think that before I announce an opponent, I need to do this, just in case.

“Anthony Joshua, I know you’ve just lost a fight to Usyk and you’re beltless at the moment, and I’d like to give you an opportunity to fight me for the WBC heavyweight championship of the world in the next few months.

“You’re coming off a 12-round fight, so you’re match-fit, you’re ready.

“I’m giving you a few months notice, if you’re interested I’ll send you the date over and we can have a rumble, a battle of Britain for the WBC championship.

“Let me know if you’re interested. If not, I will select another opponent. Thank you very much, and good night.”