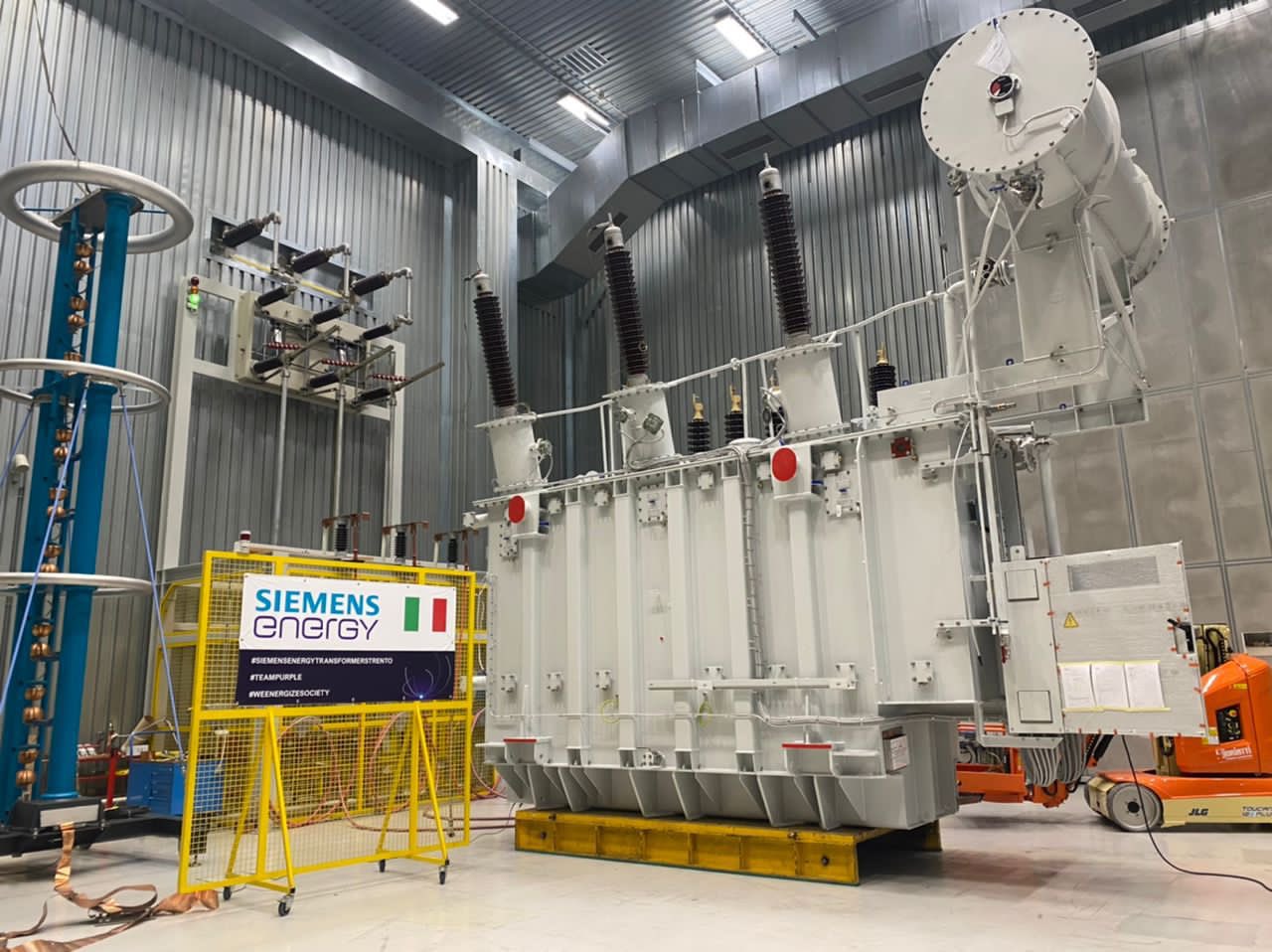 Nigeria is set to witness improved power supply with installation and inauguration of the first set of power equipment procured under the Presidential Power Initiative (IPP), through the Nigeria-Siemens power deal.

Gatekeepers News reports that the Federal Government hinted that the inauguration would begin in the next two or three weeks.

Anuwe explained that the first inauguration ceremonies would begin at a location in Lagos, while the second set of equipment would be unveiled in Abuja.

This latest milestone showed the determined effort of the government to improve the supply of electricity to Nigerians.

Anuwe said, “We will be seeing commissioning of these projects in the next two to three weeks, and every month after that until the end of the programme.”

According to him, the equipment, which included transformers and mobile substations, were procured under the IPP in partnership with Siemens Energy, the implementing partner.

He added that the equipment were purpose-designed to meet Nigeria’s power supply needs in a phased programme that would see to the generation and distribution of 25,000 megawatts (mw) of electricity by 2025.

Anuwe said that the company was set to commence the unveiling of the first set of the power equipment that had already arrived in the country, adding that the aim is to sustain the tempo until power disruptions in the country become a thing of the past.

He optimistically stated that with the new equipment, the power supply would rise to a minimum of 7,000 megawatts, and assured that the company was committed to executing its plans until all the targets set toward ending power disruptions in the country were met.

According to him, “The federal government is determined to make a difference in the lives and livelihood of Nigerians, and with the pace of work being put in the project so far, I think we would exceed 7,000mw.

“But this is our first objective, and we are not taking our eyes off that ball. We want to hit that target and exceed it, and that is a confirmation that improvement in electricity supply is absolutely doable.”

He reiterated that FGNPC adopted a transparent and sustainable model that would deliver on the objectives of the project across the electricity supply value chain, a procedure he believed would win the trust and support of Nigerians.

Acknowledging that the energy needs of a country of Nigeria’s size and capacity exceeded 7,000mw, Anuwe said the set threshold was a minimum target that would continually be improved upon until the average Nigerian had access to electricity supply without recourse to the more expensive and environmentally hazardous alternatives.

He explained that FGNPC was established by the federal government as a special purpose vehicle for the implementation of the PPI, to make the task of ramping up electricity supply easier.

The FGNPC CEO stated, “The FGN Power Company was set up as a special purpose company to implement the PPI. But its core mandate is in three broad categories. Number one is to secure financing for the programme; number two, to engage with stakeholders right across the value chain, and number three, to coordinate the implementation of the Presidential Power Initiative.

“It also includes engagement in engineering and procurement contracts (EPC) and masters content management (MCM), all fashioned to deliver for Nigerians, all the objectives set in the PPI.”

On the role of the generating companies (Gencos) and distribution companies (Discos) under the new order, he explained that the establishment of FGNPC did not impact the role of the players in the electricity value chain since the arrangement took the form of a partnership than role absorption.

Anuwe said, “The Gencos and the Discos will continue to play their part in the value chain of delivering energy to consumers right across Nigeria.

“What will be different is that they will now have a partner in FGN Power Company that is enabled to actually implement a programme that supports their businesses in sustainable way, while strengthening their capabilities to deliver value to their customers.”

The FGNPC boss praised the partnership between Nigeria and FGNPC on the one hand, and the German government and Siemens Energy, on the other, stating that the relationship will bear long term benefits to Nigeria and its people.

He described the German firm as a world leader in equipment manufacturing, who is playing the role of a partner, while also providing support in financing and other technical aspects of the project.

According to Anuwe, beyond their role as original equipment manufacturers (OEMs), Siemens was also in the project as an implementation partner supporting Nigeria by enabling financing.