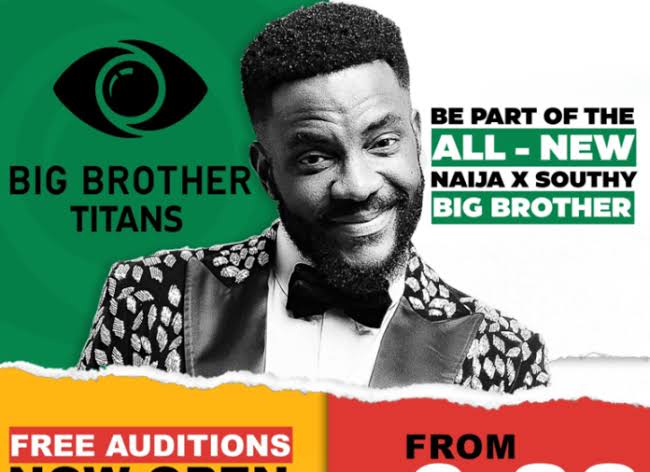 Big Brother, Africa’s reality TV franchise, has called for entries for a special season to hold in 2023.

Gatekeepers News reports that the CEO of Multichoice Nigeria, John Ugbe announced this in a statement on Thursday.

Ugbe said the season called ‘Big Brother Titans’ would be a mix of BBNaija and Big Brother Mzansi of South Africa.

He stated that this means auditions are open to Nigerians and South Africans, aged 21 and above.

Ugbe said, “Auditions for Big Brother Titans commence from Oct. 6 to 22. All interested and eligible people must record a two-minute video of themselves stating why Big Brother should pick them to be a housemate.

“This video must then be uploaded and then contestants must fill out the online registration form.”

According to him, the Big Brother Titans would feature new contestants who must be Nigerian or South African citizens with valid means of identification.

Ugbe, while commenting on the twist of having a mash-up of BBNaija and BBMzansi, said, “The long history of rich culture and talent shared by both countries will be brought to life through the Titan housemates in one house.

“I can only imagine the explosion of drama and intrigue that will ensue, so, imagine ‘Afrobeats’ meeting ‘Amapiano’; imagine the food and everything else that will be showcased; we think this will be quite exciting.

“We are excited about the special big brother season, and we will reveal more details at the right time sometime next year. If you think you have got what it takes to be Biggie’s next reality TV star, this message is for you.