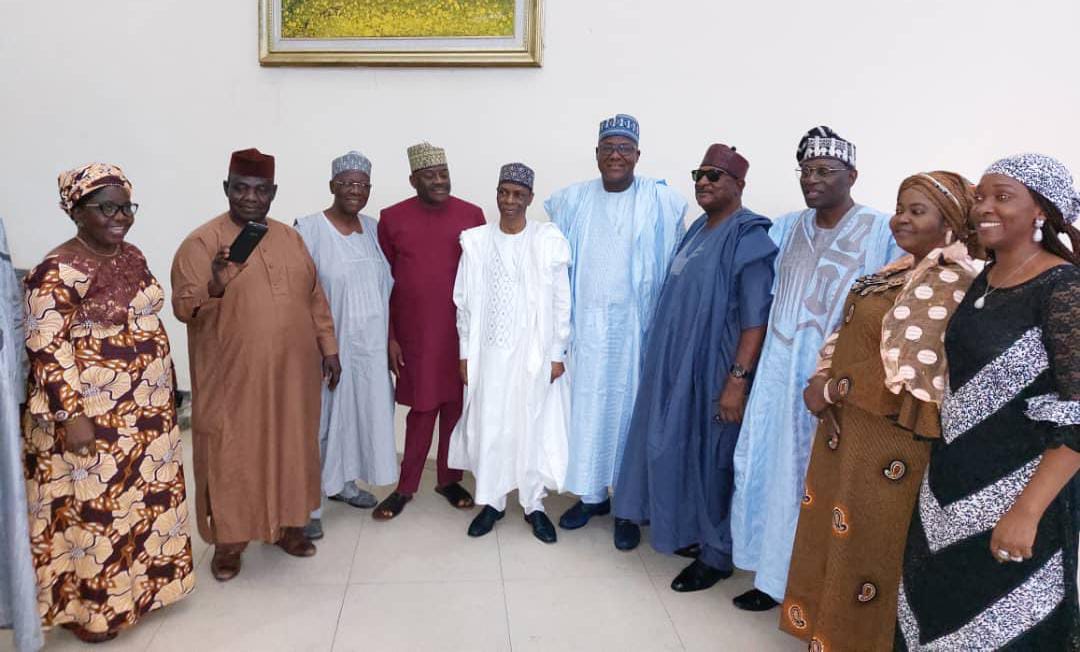 Members of a group of northern Christians in the All Progressives Congress (APC) have disassociated themselves from the endorsement of the presidential candidate of the Labour Party (LP), Peter Obi.

Gatekeepers News reports that the group is led by former Secretary to the Government of the Federation (SGF), Babachir Lawal, and former speaker of the House of Representatives, Yakubu Dogara.

Lawal on Thursday had said the group has agreed to endorse Obi.

Meanwhile, the group had earlier expressed reservations over the Muslim-Muslim ticket of the APC and said it would adopt a consensus candidate.

Also in a statement, Lawal insisted on the choice of Obi, saying “this is justice; this is equity; this is political engineering at its best and one that engineers peace and harmonious co-existence of the various socio-political and religious classes of our nation”.

However, in another statement, eight members of the group said Lawal spoke for himself, adding that a collective decision would be announced soon.

The statement read, “We want to draw the attention of the general public to the recent position canvassed by our Chairman, Engr B D Lawal, as the position of our Group.

“We wish to state that necessary consultations have been concluded, and based on manifestly unassailable empirical data, the group is poised to adopt a position which will be made known to the public at an interfaith event to be held very soon.

“Suffice to say that no one in the group including the Chairman has been mandated to speak to the public about our position at this material time.

“Based on our modus operandi, our position was meant to be presented to the general public at the event above referred to. That has not changed.

“Consequently, the decision to endorse a particular candidate and the statement credited to the chairman are solely the decision and views of the Chairman which he is absolutely entitled to but not that of the group.

“We hope this statement clears all the queries most of us have been inundated with on this all important subject matter.”

Former Secretary to the Government of the Federation, Babachir Lawal, had said the northern Christians are in support of the presidential candidate of the Labour Party, Peter Obi.

Gatekeepers News reports that Lawal said Obi has more chance of winning the election than the presidential candidate of the All Progressives Congress, Bola Tinubu.

Lawal said this during an interview on Channels Television’s Politics Today.

The APC chieftain added that a government by the duo of Peter Obi and Datti Baba-Ahmed would give Nigeria its desired peace.

Lawal said, “We are politicians and realists. We want to support a political party that has the potential to win and rule; then address all the other dynamics in society, like marginalisation, insecurity, and inclusiveness.

“So, if you look at it, there are only four political parties that are worth our discussion, and we discussed with them. Kwankwaso is a good material for president, for example. We discussed with him, but we look at his tendency and chances of winning the election based on our parameters, it is very small.

“We looked at Labour Party and we think the chances are very big. A government run by Peter Obi and Datti will give Nigeria the desired peace. In fact, it will wean us from this oligarch.

“There are still some Christians who are hanging around the APC, of course; whatever is their reason, we don’t begrudge them. Some are in the PDP. Average Christian rank and file in the north, they are Labour Party.”

According to Lawal, chances were that the election would go to a run-off, rather than a first ballot win.

He added, “My thinking is that Bola (Tinubu) will not get 25% in Kebbi, Sokoto, Zamfara, Kano, Yobe, maybe Borno 25%, maybe. No Hausa-Fulani state, it goes nowhere. Now he has antagonised the Christians, so he loses. He will get the South-West because of affinity and ‘it’s our turn’ syndrome. Atiku will clear most of the northern states.”