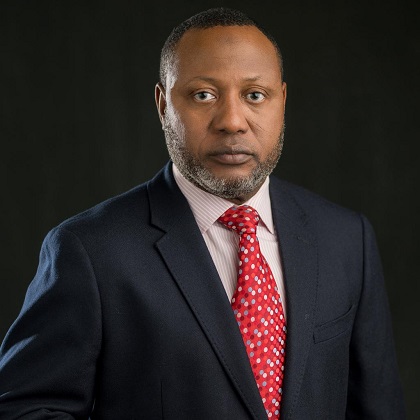 Minister of Environment, Dr. Mohammed Abdullahi has asked Nigerians to seek answers from their respective State Governors on how they spend the huge sums of money they received routinely from the Federation Account for ecological challenges.

Gatekeepers News reports that the Minister stated this on Wednesday while revisiting the issue of floods that devastated some states recently.

He noted that if the Governors had deployed ecological funds to tackle ecological problems in their respective states, the level of flooding that Nigeria experiences yearly, would not have been as devastating as they have been, leading to the loss of lives in most cases.

Although the Minister did not state the total cash released to States, but data released by the Federal Ministry of Finance, according to The Nation, shows that N204, 244,595,861.26 had been disbursed as ecological support to States since 2015.

The Minister, while defending the ecological funds, said: “The Federal Government is accused by states. It is normal. It’s the nature of the kind of constitutional arrangement we have where we have the sub-nationals shying away from blames.

“And at every FAAC allocation, they give their own share of the allocation to the states. So, to come out and accuse the Federal Government of inaction is very unfair, having got a fair share of your ecological funds over the years.

“So, I think the question should be more to the states – what are you doing with your share of the ecological funds? Not the Federal Government.

“The Federal Government has been overstretched by the states and it has done its best to support the states.

“Sometimes, we have to thank governors like Nyesom Wike of Rivers State, who came out to say, ‘look, we’ve been given this amount of money,’ while other states are quiet.”

He said it has been progressing according to plan.

The minister said 21 sites, covering about 230 hectares,  out of the 65 sites reported in the United Nations Environmental Programme (UNEP) report factsheet, have been remediated.

He said: “The Ministry of the Environment, conscious of the need to ensure effective and timely implementation of the UNEP report on the Ogoni clean-up, in line with Mr. President’s commitment, has achieved the following:

He also said the ministry has identified 5,000 Ogoni youths to be trained in various skills acquisition to promote alternative livelihood and economic empowerment.

The minister added that the ministry obtained the Federal Executive Council (FEC) approval of N491, 275,000 for the engagement of 500 Ogoni youths as local security at various HYPREP sites.

He said health outreaches and surveys had been undertaken to provide basis for more detailed cohort studies in the communities.

He said the ministry actively collaborated with the private sector to create a large number of well-paying jobs for Nigerian youths.

The ministry, he added, has been able to create 85,848 direct and indirect jobs through the implementation of various citizens’ oriented projects and programmes.

On the implementation strategy towards the realisation of Mr. President’s June 12 promise to take 100 million Nigerians out of poverty in the next 10 years, Abdullahi said:  ”As at second quarter 2022, a total number of 38,134 persons classified as the rural and poorest have received various livelihood enhancement trainings and support from the ministry to align with the president’s strategy of taking 100 million Nigerians out of poverty.”