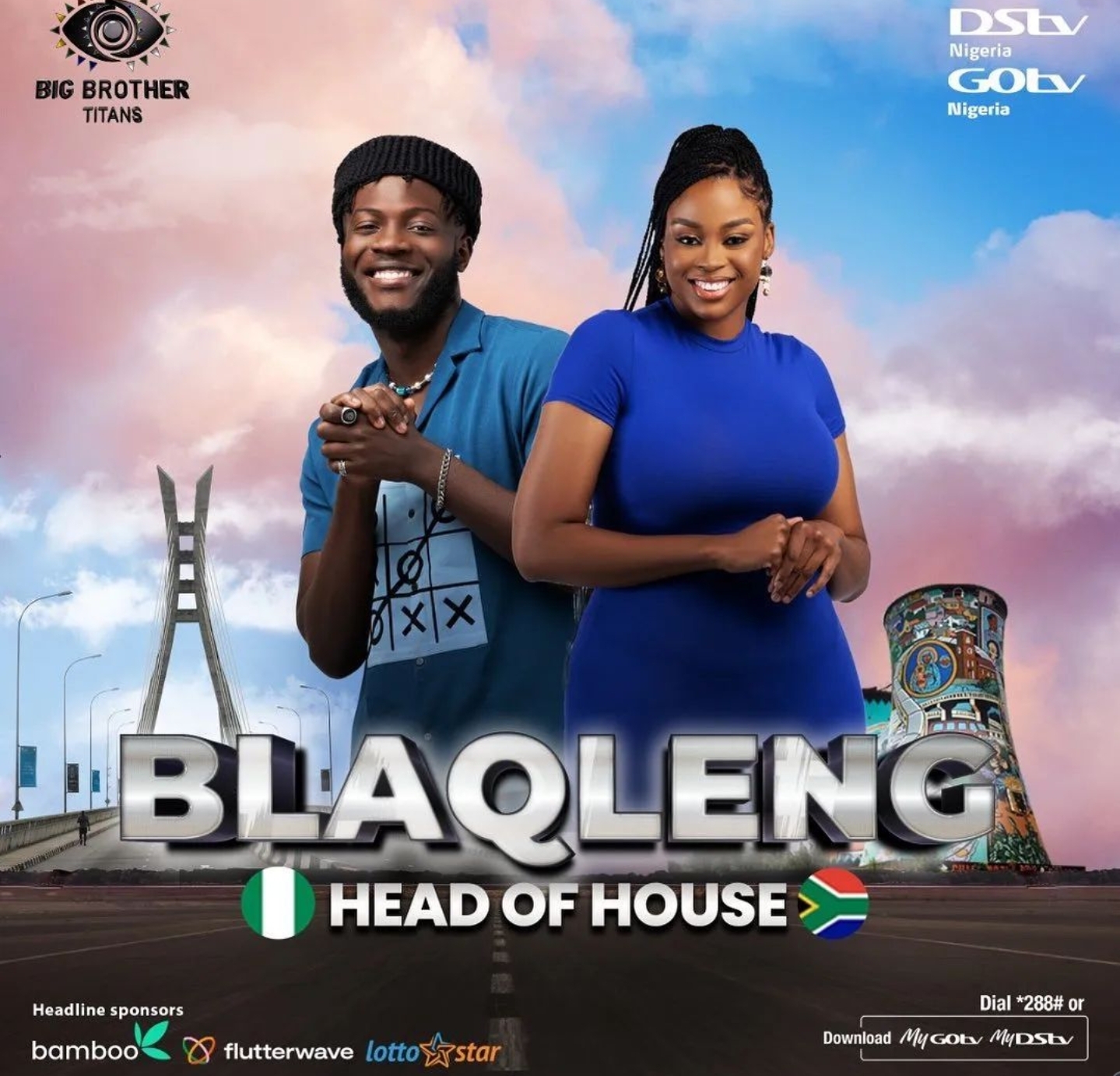 Ipeleng and Blaqboi have emerged as the new Heads Of House.

Gatekeepers News reports that after escaping evictions on Sunday night, Ipeleng and Blaqboi have emerged as the Heads of House in the ongoing ‘Big Brother Titans’ show.

The future filmmaker and attorney won the coveted title after a game of chance involving a tissue and balloon challenge.

With the duo as heads, the tails of the house for this week are Yemi Cregx and Nelisa.

The tails are up for possible eviction along with Justin and Yvonne, Theo and Sandra as well as Juicy Jay and Olivia.

Following their win, Blaqboi and Ipeleng used their Veto Power to save Ebubu and Tsatsii, and replaced them with Juicy and Olivia.

With the ongoing fights, love triangles, and messy drama, week two of ‘BBTitians’ promises to be more entertaining.

In this article:BBTitans, Gatekeepers News, HOH