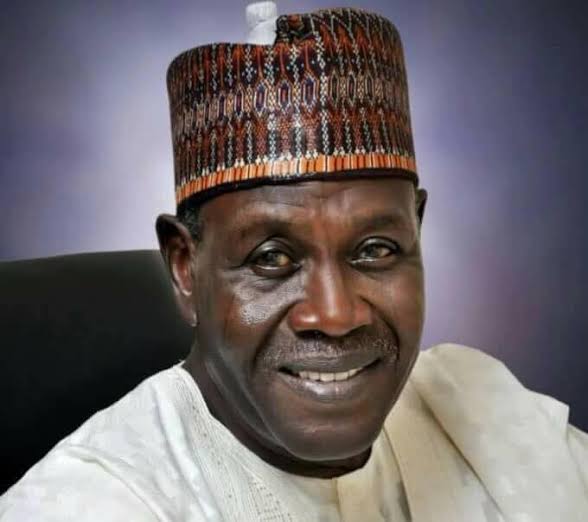 Babagana Kingibe At 76: Celebration Of A Patriot

Not many citizens of a country have the chance to serve at the highest level of the nation’s polity. Only a few of the privileged serve with great purpose and passion. For more than 40 years, Babagana Kingibe has been in the service of Nigeria.

Born in Borno State to a Kanuri family, Kingibe grew up in Maiduguri and had his education there before leaving to the UK on a government scholarship in 1960, the year Nigeria gained independence.

A graduate of the Bishop’s Strotford College, England he bagged his Bachelor’s degree in International Relations from the University of Sussex in 1968 alongside former South African President, Thabo Mbeki. He’s also an alumni of the university’s Graduate Institute of International Studies. Kingibe has stood out for decades as a trustworthy Nigerian, serving in various governments and actively participating in nation-building as a diplomat of repute.

In Service Of The Nation

In 1976, very close to the commencement of Nigeria’s second republic, he was appointed the Principal Political Secretary (PPS), Supreme Military Headquarters to Shehu Yar’Adua, Chief of Staff to the Head of State at the time, Olusegun Obasanjo. He later served in the same role under Obasanjo, and retained his position when Shehu Shagari emerged President. He left the position in 1981 and was appointed Nigerian Ambassador to Greece and Cyprus, where he worked for three years between 1981 and 1984.

After Shagari’s government was overthrown by Muhammadu Buhari, the exceptionally skilled diplomat, Kingibe retained his ambassadorial position but was taken to Pakistan where he served as a diplomat until 1987, under military President, Ibrahim Babangida. Alongside his role in Pakistan, he served as the Permanent Secretary of the Special Services Office, a position he served in for a year before he was appointed Secretary of the Constituent Assembly between 1988 and 1989.

Kingibe moved into participatory politics in 1990 when he served as the first Chairman of the Social Democratic Party (SDP)for two years. He was running mate to late Chief M.K.O Abiola in 1993, having also contested in the primaries. The election was annulled and that robbed him of becoming a Vice President. He however returned to his diplomatic service shortly after, as he became the Minister of Foreign Affairs, a position he held till 1995.

Kingibe was soon drafted to the Ministry of Internal Affairs between 1995 and 1997 and was Minister of Power and Steel until 1998. He had a hiatus from mainstream politics until 2007 when he was appointed Secretary to the Government of the Federation. He left the role in 2008. In total, Kingibe has served under six Heads of States. He was given the Grand Commander of the Order of Niger (GCON) award in 2018 for his candidacy alongside Abiola in 1993. He’s currently Nigeria’s Special Envoy to Chad and the Lake Chad Basin.

With decades of diplomatic and political experience, he’s also considered a well-grounded politician whose approach and style to nationalism has endeared to many leaders, regardless of political affiliations. He has served both military and civilian governments admirably and is a go-to person in cases where great diplomatic experience are of extreme importance, as in Chad’s recovery from the death of Idriss Deby and the emergence of his son, Mahamat Deby.

Trusted by leaders to get the work done when called upon, Kingibe has proven to be not just an astute professional but a brilliant man whose influence and service has spanned decades.