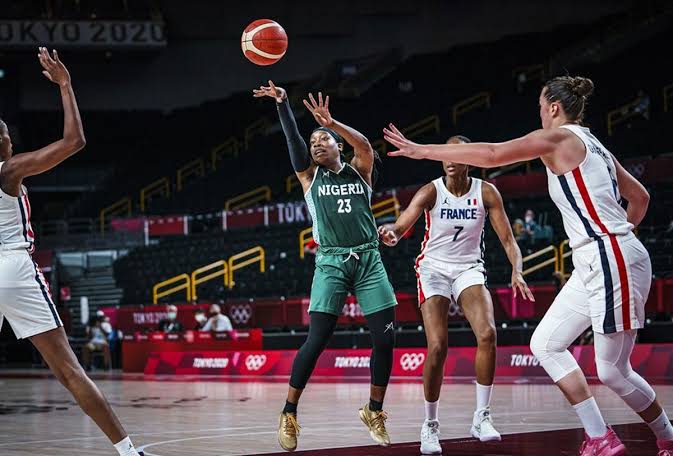 D’Tigress have suffered their second defeat at the ongoing Tokyo Olympics.

Gatekeepers News reports that Nigeria’s senior women basketball team, D’Tigress have lost to their French counterparts in their second Preliminary Round Group B fixture at the ongoing Tokyo Olympic Games.

Gatekeepers News earlier reported that D’Tigress lost 81-72 to the United States in their first game on Tuesday.

The French who also lost 74-70 in their first game against the host, Japan on Tuesday, defeated Nigeria in their second game of the competition on Friday morning.

France took advantage of their strong start and deservedly ended the first quarter 18 points to 12. They went ahead to take the second and third quarters 26-15 and 23-15 respectively before settling for a 20-20 point score in the fourth.