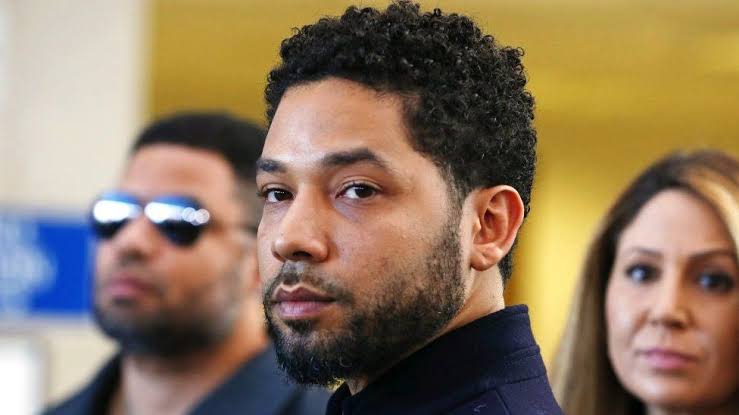 Gatekeepers News reports that Cook County Judge James Linn has granted more time to lawyers for Jussie Smollett to prepare arguments on several issues, including whether they can introduce a key witness’ previous conviction for battery.

Judge Linn on Monday, urged the actor’s lawyers and the special prosecutor’s office to get prepared for a trial or other resolution to the charges that Smollett staged his racist and homophobic attack in January 2019.

After the hearing, one of Smollett’s attorneys said the legal team has evidence to prove Smollett is innocent of the charges that he lied to police about an attack prosecutors alleged he staged himself.

Attorney Nenye Uche told reporters, “Like many people in Chicago when I first heard of the Smollett case … I was absolutely certain that he was guilty based on the media coverage.

“But I can say now categorically, looking at the evidence, hundreds of pages so far, and there are many, many more to look at, so far it’s obvious to us he’s absolutely innocent.”

However, Uche and the other attorneys refused to elaborate on the evidence, noting that it would be disclosed in court.

Special Prosecutor Dan Webb earlier argued that Uche had a conflict of interest because he had spoken to the two men who Smollett allegedly hired to help him carry out the attack. This slowed the progress of the case as Uche was at the center of a legal dispute.

However, Linn on Friday, ordered that Uche could remain on the case but prohibited him from questioning the two brothers, Abinbola and Olabinjo Osudairo, should the case go to trial.

The ‘Empire’ star is currently facing charges of felony counts of disorderly conduct for allegedly filing false police reports about his racists’ attack. He has denied the allegations and pleaded not guilty.

Smollett who attended Monday’s virtual hearing told the judge he was in New York City.

Judge Linn scheduled the next hearing in the case for August 26.