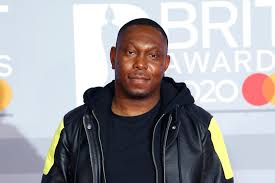 Rapper Dizzee Rascal has been charged with assault.

Gatekeepers News reports that Rapper Dizzee Rascal has been charged with assault after an incident that left a woman injured at a residential address in Streatham, South London.

The Metropolitan Police said the rapper, whose real name is Dylan Kwabena Mills, was charged after a woman reported minor injuries. She did not require hospital treatment.

The 36-year-old is, however, expected to appear at Croydon Magistrates’ Court in south London on Sept. 3.

According to Mills’ website, he is on the lineup to perform at music festivals in London in August.

He pioneered a genre of electronic rap called grime and became the youngest artist to win Britain’s Mercury Prize with his debut “Boy in da Corner” in 2003.

Dizzee Rascal was also honoured with a Member of the Order of the British Empire in 2020 for his services to music.

In this article:Dizzee Rascal, Gatekeepers News