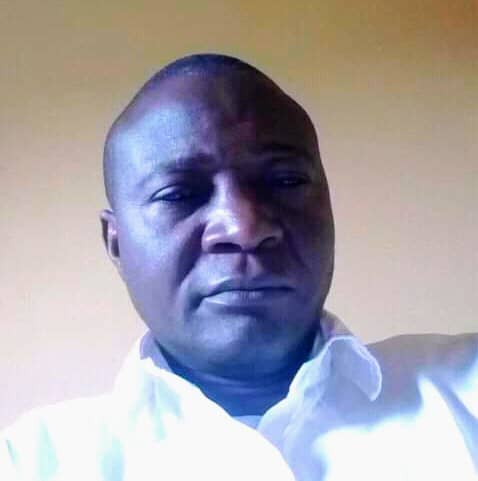 The claim by the two federal legislative arms on technology capacity limitation in the electronic transmission of election results in 2023 was examined and fact-checked by veteran Journalist BOLU-OLU ESHO, bringing forth revelations that election results were in fact electronically transmitted in 2015 presidential elections across 119,000 polling units in Nigeria.

Recently, the Senate of the Federal Republic of Nigeria while considering the Electoral Act 2010 Amendment Bill, voted that “the Commission (INEC) may consider the electronic transmission of results, provided the national coverage is adjudged to be adequate and secure by the National Communications Commission (NCC) and approved by the National Assembly.”

Earlier, when invited to guide members of the House of Representatives on July 15 2021, the Nigerian Communications Commission (NCC), told the House of Representatives that less than 50 percent of polling units in Nigeria have the needed network coverage for the transmission of election results. Adeleke Morounfolu Adewolu, a senior lawyer and an Executive Commissioner (Stakeholder Management) of the NCC told the House that less than 50 percent of polling units in Nigeria has 3G coverage for transmission of results. The Commissioner (Technical Services) of the NCC, Ubale Maska, corroborated this position while responding to a question from Akeem Adeyemi (APC, Oyo). Mr Maska said the NCC conducted a system survey in 2018 which revealed that 50.3 percent of the 109,000 polling units out of 119,000 polling units surveyed had 3G network facilities”.

The Independent National Electoral Commission (INEC), the body saddled with the immutable and independent constitutional power to organize elections however disagrees with both the NCC and the two arms of the National Assembly. INEC’s National Commissioner and Chairman (Information and Voter Education Committee), Festus Okoye affirmed that “INEC was committed to deepening the use of technology in the electoral process and had many times demonstrated it through the creative, innovative and strategic deployment and application of technology in various aspects of the electoral process with the goal of limiting human interference in the electoral process”.

Okoye then revealed that a Joint Technical Committee hitherto constituted by INEC which ironically included the NCC and Nigerian “telecommunication operators met on March 9, 2018, and the consensus [of INEC-NCC-Telecom Providers] was that the requirements for the electronic transfer of results proposed by INEC are practicable. The meeting, therefore, agreed that the solution that INEC wants to deploy is possible.”

Okoye stated further that INEC already has “the assurance of the service providers that they have provided similar technological solutions to other agencies and have the capacity to deploy technology to cover a few blind spots. The commission will continue to pilot different solutions bearing in mind that technology is dynamic and can limit human interference in the electoral process. The commission wants broad powers to deploy technology and is not in favour of a particular solution being written into the law”.

The obvious conflict for resolution from the foregoing is whether Nigeria truly has the capacity in 2021 (the general election is still 2023) to electronically transmit election results from each of the 176,846 polling units across the nation. If the answer is no, it would simply mean that both the National Assembly and the NCC are right. If otherwise, it would mean that INEC is right and the concerns of the National Assembly is unfounded.

INVESTIGATIONS however revealed that not only does Nigeria have the capacity to electronically transmit election results from every polling unit nationwide in 2021 (two years short of the 2023 election), Nigeria has indeed successfully deployed technology to electronically transmit election results in real-time as far back as 2015. Our checks confirmed that both the then ruling party, the People’s Democratic Party (PDP) and the then main challenger, the All Progressive Congress (APC), procured the services of foreign and local Nigerian experts to ensure that each polling unit was able to electronically transmit election results to dedicated servers at their situation offices during the presidential election that took place on Saturday 28th March 2015. The President Goodluck Jonathan Team in fact went a notch further to attempt to institutionalize the scheme.

A post-mortem report on 2015 presidential election by the duo of Canada based Ayoola Akinniranye and Abuja based Kelechi Uleanya published by Technology Times (2016) revealed that the Presidency under Dr. Goodluck Jonathan vide the then Presidential Campaign Organization deployed an application code-named INTEGRITY in all the 119,973 polling units (PUs) across the nation and successfully captured the results from each polling unit in that election. The project was made possible by a Nigerian professor whom our investigation has identified as Prof. Tunde Adeniran, former Minister of Education. The implementation and technical team was led by Engr. Tunji Ariyomo, former Governor Olusegun Agagu’s adviser on Information Technology. In a feat that received acclaims, the Ariyomo-led technical team, made up of Nigerian developers and engineers had less than a week to deliver, yet it did. The team relied on a combination of both the internet and the Unstructured Supplementary Service Data (USSD) protocol for real-time transmission of final PU results from across the country. To sidestep the challenge of weak or absence of internet access in certain polling units, the USSD protocol was automatically triggered in such places (in real-time) while the internet’s contingency kicked in at a later interval. Not only is the USSD technology ubiquitous, but it is also available in every polling unit throughout Nigeria. It is also functional on even the cheapest phone in the market. The team leveraged previously trained Key PU Incidence Informant stationed in each polling unit with concurrent access to a contingency integrity app that enabled each key contact person to scan form EC8A which upon scanning could be automatically time and geo-stamped unbeknown to the user. By midnight on the Election Day, except for the extension of voting in certain places to the following day, 29th of March 2015, the Jonathan’s Presidential Campaign Organization already had all the results in each polling unit where the election had taken place nationwide. The public version of the system has since remained publicly available at integrityDOTng. The technology remains available, improved, and can be demonstrated by the developers to the legislators, the NCC and as many as do desire genuine closure to the debate.