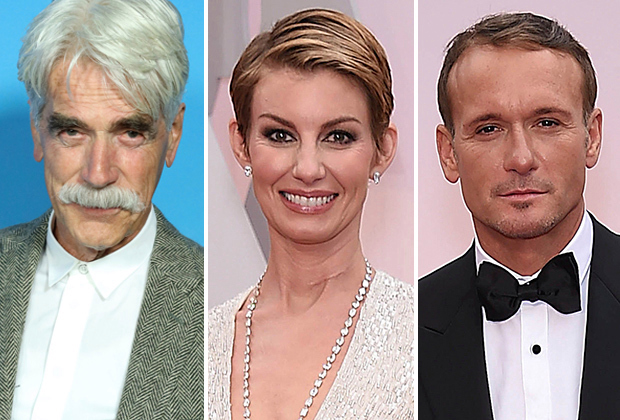 Paramount+ is pulling all strings to execute the launch of Yellowstone prequel 1883.

Creator Taylor Sheridan after picking up straight to series in February inked a new nine-figure overall deal with ViacomCBS, 1883 which follows the ‘Dutton family’ as they embark on a journey west through the Great Plains toward the last bastion of untamed America.

It is a stark story of Western expansion, and an intense study of one family fleeing poverty to seek a better future in America’s promised land — Montana.

In 1883, Elliott is to play Shea Brennan who is a tough cowboy with immense sadness in his past. He has the herculean task of guiding a group from Texas to Montana, and he does not suffer fools.

McGraw and Hill on the other hand will portray the patriarch and matriarch of the ‘Dutton family’ – James and Margaret Dutton respectively.

Elliott said, “It all starts with the writing, and Taylor Sheridan is a brilliant writer.

“I think the western genre speaks clearly to both of us. The classic struggles of man against man, man against nature, and man against himself. It’s all there, in 1883, and I’m honored to be a part of it.”

Sheridan exec produces alongside John Linson, Art Linson, David Glasser, David Hutkin, and Bob Yari. The first promo for the series aired earlier this year as an ad during the ‘Super Bowl’, which looks like an indication of how much Paramount+ wants to turn Yellowstone into a franchise for Paramount+.

President and CEO of MTV Entertainment Group, Chris McCarthy said, “Yellowstone is a massive hit show with tens of millions of fans — with 1883, we are taking those fans back to the origin story, and in the process, turning the Yellowstone world into a global hit franchise to fuel the growth of Paramount+.

“We are thrilled to have Sam, Tim, and Faith as the stars of Taylor Sheridan’s new series exclusively for Paramount+ around the world.”

McGraw, a Grammy-winner, previous acting credits include Friday Night Lights and The Blind Side. He’s repped by CAA and Em.co’s Scott Siman. Hill, who is also a five-time Grammy winner and McGraw’s real-life wife, most recently starred in indie feature Dixieland. She’s with CAA and Jason Owen of Sandbox Entertainment.

Tim McGraw said, “This is truly a dream job… Taylor has found a way of storytelling that brilliantly creates these epic dramas and family sagas with so much depth and creativity. The Duttons are tremendous characters and it’s so thrilling to be able to bring them to life. As a kid growing up riding horses, you think about dream jobs like this and I am just so excited to work with this amazing cast and crew.

“This is the opportunity of a lifetime,” said Faith Hill. “The Duttons are a formidable family and it is an absolute dream to bring such a strong female character like Margaret Dutton to life. I am humbled and honored to work with Taylor and his entire team.”

Elliott on the other hand is an Oscar-nominated actor whose credits include A Star Is Born, The Big Lebowski, Tombstone and TV’s The Ranch, Justified, and Peacock’s upcoming MacGruber update. He’s with Gersh and Berwick & Kovacik.