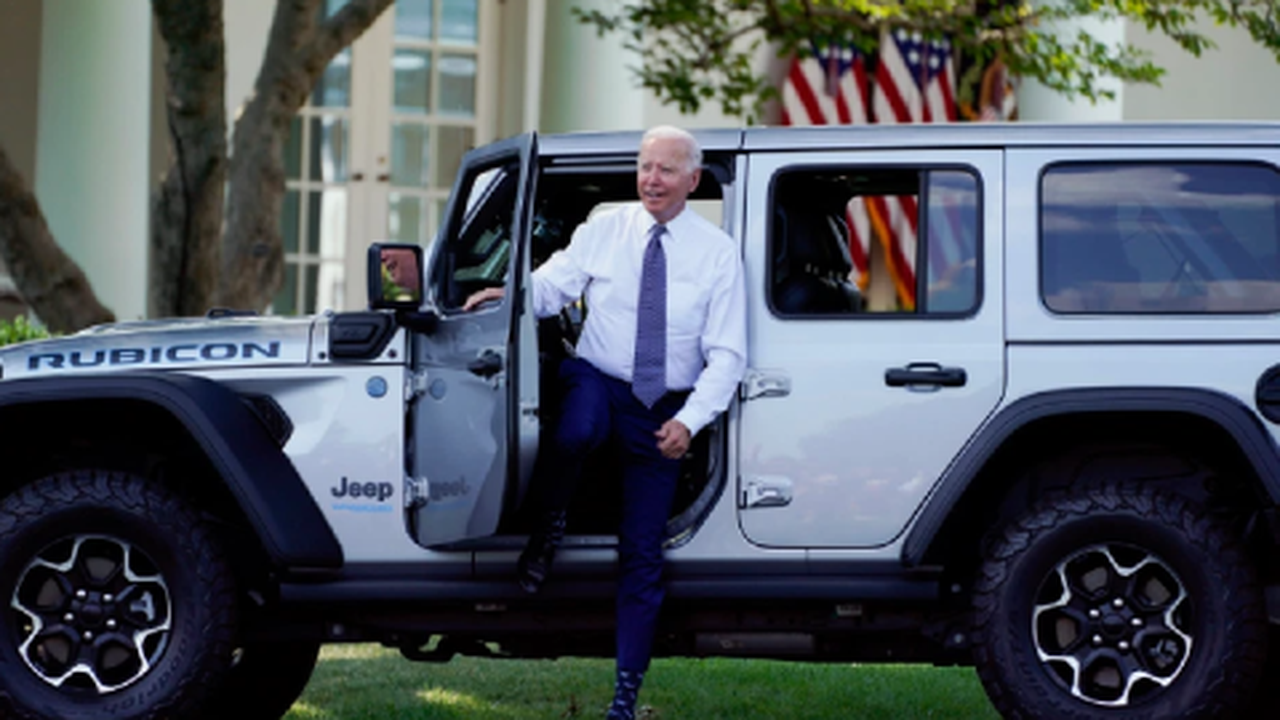 United States President, Joe Biden has set a goal for 50% of new US vehicles to be electric by 2030.

Gatekeepers News reports that the White House on Thursday outlined its plan to tackle the climate crisis by cutting emissions from vehicles as Biden is set to sign an executive order demanding that 50 percent of all new cars and trucks sold by the end of the decade be powered by electric batteries.

Biden who met with car makers and unions at the White House said the future of the car industry is “electric and there is no turning back.”

“The question is whether we will lead or fall behind in the race for the future,” said the president, who stood in front of two electric SUVs.

“We used to lead in this technology and we can lead again, But we need to move fast. The rest of the world is moving ahead, we’ve just got to step up.”

Meanwhile, the Environmental Protection Agency (EPA) and US department of transport, are unveiling new fuel efficiency standards for vehicles to bolster pollution rules that were weakened under Donald Trump’s administration.

Gatekeepers News gathered that from 2023, new cars will be required to emit 10 percent less greenhouse gas emissions compared to the previous year, with further reductions of 5 percent a year mandated until 2026.

Michael Regan, administrator of the EPA, noted that the new vehicle pollution standards were “a major step forward in delivering on president Biden’s ambitious agenda to address the climate crisis and create good paying, union jobs”.

“The importance of these new vehicle emission standards is hard to overstate,” said Dan Lashof, director of the World Resources Institute.

“Along with the infrastructure investments currently under consideration in Congress, these standards will be among the most impactful measures that the Biden administration can take to address the climate crisis.”

In 2020, electric vehicles comprised less than 2 percent of all car sales in the US, with many Americans still preferring large, carbon-intensive SUVs.

In May, Ford, which has said 40 percent of its sales will be electric by 2030, unveiled a battery-driven version of its F-150 model, which has been America’s best selling vehicle since the 1980s.

A joint statement by Ford, GM and Stellantis said that the companies were aiming for 40% to 50% of electric sales by 2030.