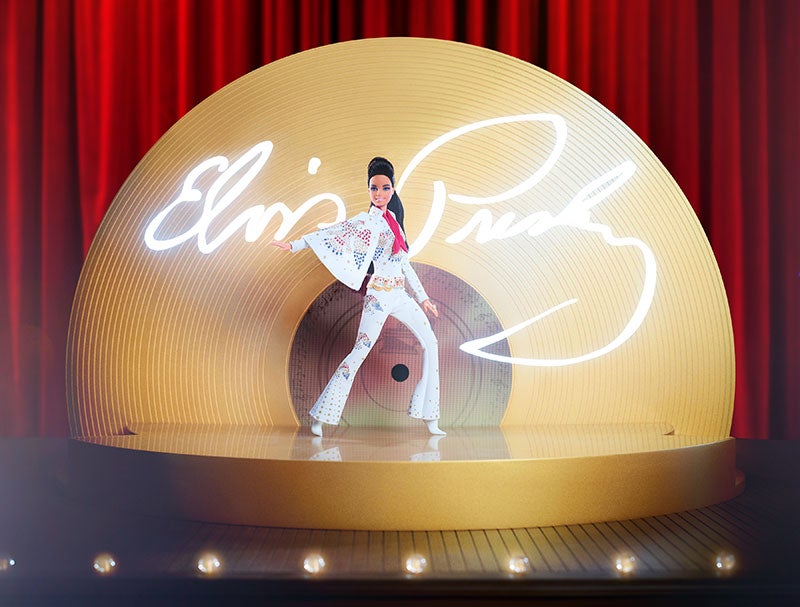 Barbie has paid tribute to the King of Rock and Roll, Elvis Presley on the occasion of the Week set aside to honour him, “Elvis Week”.

Gatekeepers News reports that Barbie has paid tribute to Elvis Presley by launching a doll in the style of the legendary musician of the 20th century.

Fan and collectors of the legacy of the “King” will have the opportunity to see a female version with the iconic “American Eagle” costume, which is adorned with gold stars and bright red and blue eagles, a cape, a red scarf, a belt and flared pants in white.

A matching pointed boots and Elvis’s signature puffy hairstyle which was collected and long will be added; also a golden ring with turquoise details which was inspired by the star was used as accessories.

The Barbie Elvis Presley which is presented in special packaging dates back to the golden age of the singer of “Suspicious Minds”.

The legend introduced his unique sound and movements to the world and forever changed the music and entertainment industry.

This is not the first time that Mattel has made a Barbie doll out of a male character. In November 2020, the brand released a special edition to honour Elton John as part of the Signature line, to showcase bold collaborations that personify cultural icons around the world. 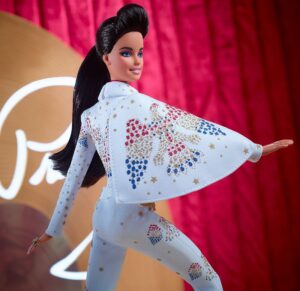 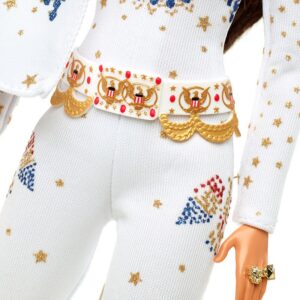 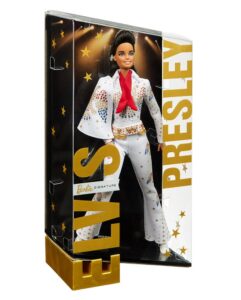