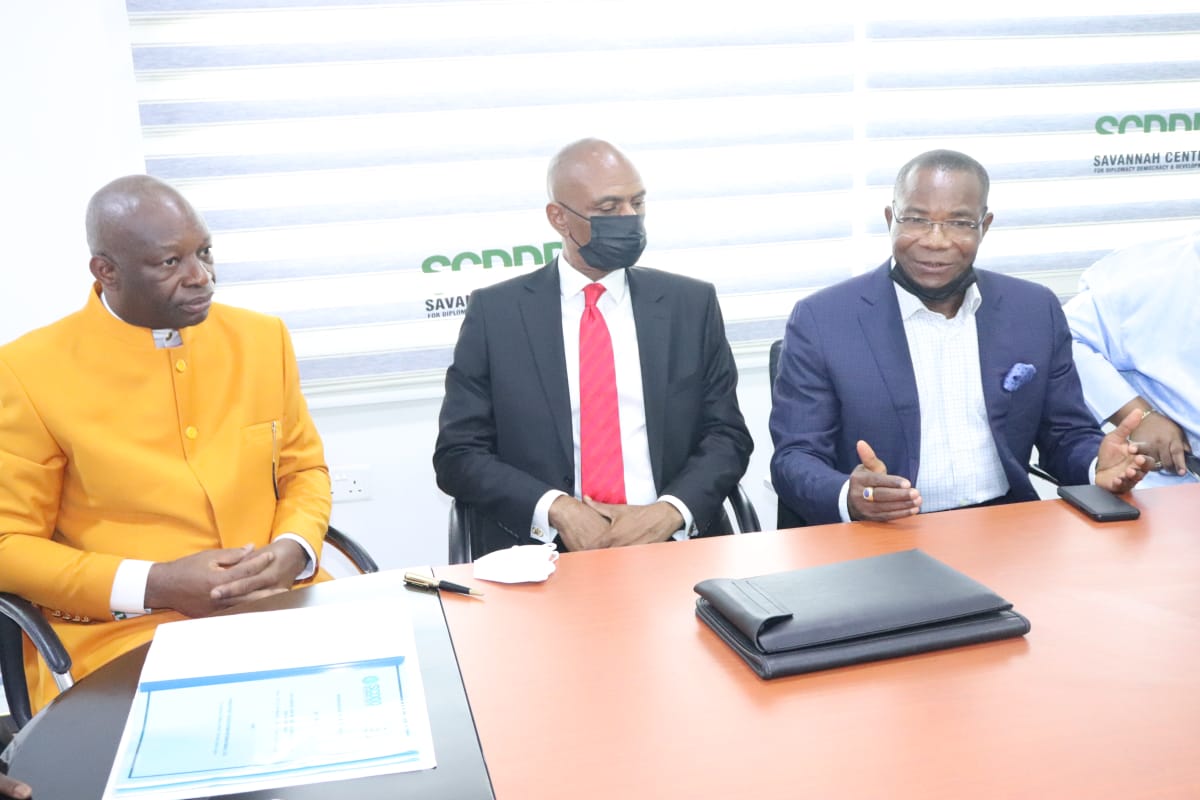 Prominent Nigerian scholars and diplomats will team up for a project that will chronicle the legacies of Chief Of Staff to President Muhammadu Buhari, Professor Agboola Ibrahim Gambari.

Gatekeepers News reports that prominent Nigerian scholars and researchers drawn from the academia, media and related fields have teamed up with some renowned diplomats in a project that will chronicle the legacies of Ambassador Ibrahim Gambari, CFR, the Chief of Staff to President Muhammadu Buhari with the aim of making it a resource portal of global relevance.

Professor Ibrahim Gambari, a renowned non-academic diplomat, has held several positions in the United Nations, including the President of UNICEF and being the UN Under Secretary-General and the first Special Adviser on Africa to the UN Secretary General Kofi Annan.

He also served as the Minister for External Affairs between 1984 and 1985 under General Muhammadu Buhari’s military regime, after serving as the Director General of The Nigerian Institute of International Affairs (NIIA).

Gambari holds the record of being the longest serving Nigerian Ambassador to the United Nations, serving under five Heads of State and Presidents

The project is being spearheaded by Strategic Facilitations International Ltd in conjunction with Savannah Centre for Diplomacy, Democracy and Development (SCDDD).

A major step towards the commencement of the project was taken on Thursday August 5, 2021 in Abuja at Savannah Centre with the signing of a substantive Memorandum of Understanding (MoU) between Strategic Facilitations International Ltd and Savannah Centre.

The Savannah Centre was founded by Professor Ibrahim Gambari, CFR, to promote research, advocacy training and policy analysis in the areas of conflict prevention, management, democracy and sustainable development in Nigeria, Africa and the world in general.

The project would ensure the digitization and digitalization of the speeches, books and all of Professor Ibrahim Gambari’s intellectual works and the establishment of a state of the art e-library as a resource pool for research and other purposes.

The portal would be linked to other global research centres with similar objectives.

Former Nigerian Principal Representative to ECOWAS, Ambassador Aminu Wisdom while speaking during the MoU signing ceremony on the relevance of the project, , said it is intended to relive the culture that preserves positive strides in the form of legacies of great individuals in the country.

“In this part of the world where legacies are being freely diminished by certain events, we have decided to preserve the legacies of one of our own greatest personalities for the benefit of our children and generations yet to come.

“It is said that if you do not know where you are coming from, then you won’t know where you are going. Our decision to do something that is of world class was predicated on this. We are convinced that the project would represent global standard wherever it is presented.”  Aminu said.

Aminu added that the project, which involves the deployment of a lot of technologies, would be the first of its kind in Africa.

He said the team of diplomats and intellectuals mobilized to execute the project was painstakingly assembled over time with preference for people with proven track records in their respective areas of engagements to underscore the importance of the project.

The project at hand seeks to put the wealth of experience he acquired while serving in these capacities and offices into a hub for global research references and as guides for institutional and national development.

Savannah Centre’s Executive Director, Ambassador Sani Bala, during the MoU signing ceremony said the caliber of people in the team exemplifies the quality of performance and excellence for which Professor Ibrahim Gambari represents.

“We are making history here by solidifying the achievements of one of Nigeria’s greatest intellectuals and diplomats.” Bala said.

He added that the Centre took a long time to get the MoU out just to ensure that all encumbrances are removed for the project to get a smooth take off and for the progress to be sustained.

Head of the Editorial Board, Ambassador Humphrey Orjiakor at the MoU signing ceremony said it is a privilege to be part of a project that celebrates the legacies of Professor Ibrahim Gambari, CFR whom he described as a scholar and intellectual with an exceptional level of pedigree coined.

“There is no better honour than working with a team of highly respected intellectuals and wonderful people on a project that is so noble and first of its kind in Africa that has the potentials to compete favourably with similar projects globally.

“I think we have a formidable team that can make the project work. And with the progress that the Savannah Centre has made over the years, I have no doubt that this project is going to be delivered with a good product,” Orjiako said.

The team also has Ambassador Ozo Nwobu, a retired Nigerian diplomat, former Director of African Bilateral Affairs Department, as well as Spokesperson of Nigeria’s Ministry of Foreign Affairs as member of the Editorial Board.

Ademola Lawal, who heads the Research Unit of Savannah Centre, sees the project as an opportunity to advance the research prowess of the centre.

Meanwhile, Ambassador Sani Bala, Savannah Centre’s Executive Direct or said the MoU as a guide to the project’s execution could be reviewed from time to time in order to ensure that the best product is delivered at the end.