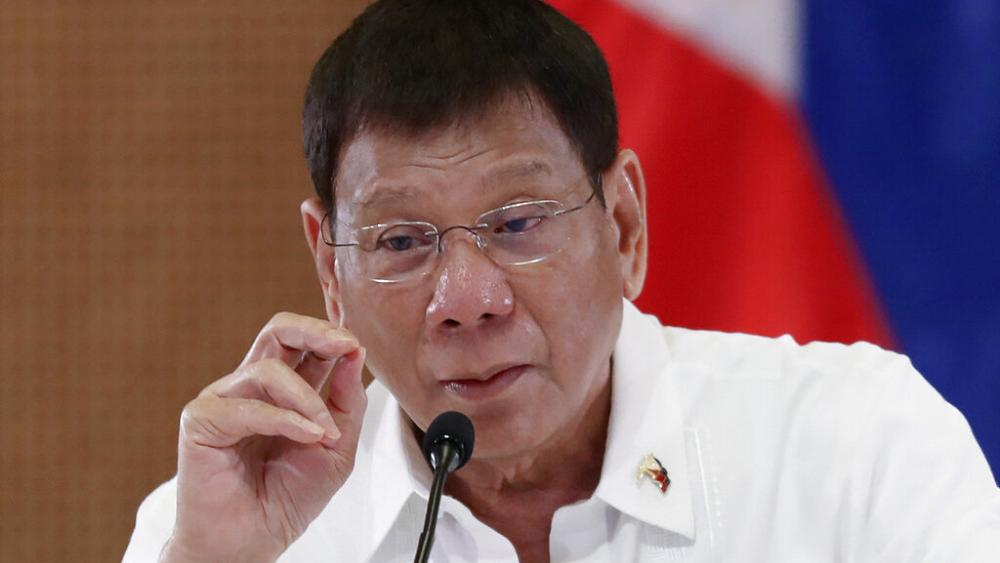 Philippines President Rodrigo Duterte has declared his intention to retire from politics after the end of his tenure.

Gatekeepers News reports that Duterte on Saturday disclosed that he will not run for vice president in next year’s elections when he accompanied his former longtime aide, Senator Bong Go, who filed his own candidacy for the vice presidency at a Commission on Elections centre.

“The overwhelming … sentiment of the Filipinos is that I am not qualified and it would be a violation of the constitution to circumvent the law, the spirit of the constitution” to run for the vice presidency, Duterte said. “Today I announce my retirement from politics.

By the constitution, Philippines presidents are limited to a single six-year term and opponents had said they would question the legality of Duterte’s announced vice-presidential run before the Supreme Court.

He had in August declared that he would contest the vice presidency in the next election, a move critics said out of fear that he could face criminal charges after leaving office.

Duterte’s decision to back out has also fuelled speculation that he was clearing the way for his daughter, Sara Duterte-Carpio, to run to succeed him.

Duterte-Carpio, who replaced her father as mayor of Davao, said last month she was not running for higher office next year because she and her father had agreed only one of them would run for national office in 2022.

Gatekeepers News reports that interested candidates have until Friday to register, but withdrawals and substitutions are allowed until November 15, giving room for last-minute changes of heart like Duterte’s entry in the 2016 election which he won by a huge margin.