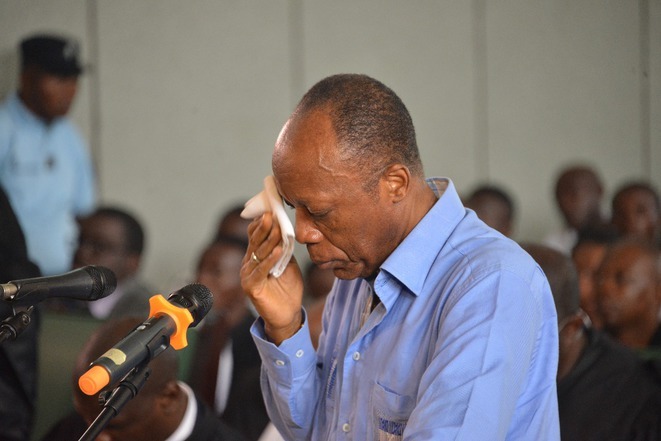 Jean-Marie Michel Mokoko, a Congolese former army general who contested for the nation’s presidential office in 2016, has been dragged back to prison on Friday despite his health condition, according to his lawyer.

Gatekeepers News reports that Mokoko, 74, was arrested just after the 2016 Presidential election for “undermining the internal security of the state” and “illegal possession of weapons of war. He was tried and sentenced in 2018 to 20 years of hard labour.

Mokoko, who served as Congo’s Chief of Staff of the Armed Forces from 1987 to 1993, fell ill and was evacuated to Turkey where he received treatment between July and August 2020. Since his return, he had remained interned in the military hospital.

He was however returned back to prison on Friday.

“The general was reinstated this morning in the Brazzaville prison, while his cell has not been rearranged,” said his lawyer, Yvon Eric Ibouanga who was protesting the development. “This is not a humane decision, because he was undergoing physiotherapy treatment which is far from being completed,” he lamented.

Mokoko’s lawyers had demanded that the authorities provide them with a medical report that proves that he had recovered his health and a discharge order from the military hospital.

“We did not get all of this,” said Ibouanga.

In this article:Gatekeepers News, Prison