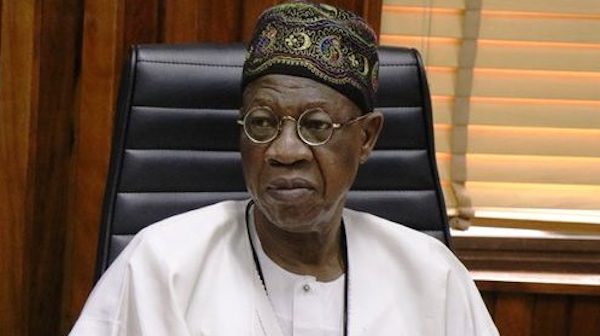 Minister of Information and Culture, Lai Mohammed has revealed what will cause World War III.

Gatekeepers News reports that the Minister on Monday said the next world war will be caused by fake news.

Mohammed stated this when he appeared before the house of representatives committee on information, national orientation, ethics and values to defend his ministry’s 2022 budget.

The Minister expressed displeasure at the way information is disseminated today, as he recalled that the means of receiving information 30 years ago, was through television and radio sets.

He lamented that people now prefer to patronise social media where fake news is easily spread.

In his words: “The people today, they don’t read newspapers, they don’t watch television — it’s social media. And it is most expensive; the most unseen enemy, they are there every moment.

“With fake news today and misinformation — I have always said here that the next world war will be caused by fake news.

“You can see even the US that use to pride itself on the freedom of the press is now questioning the role of the social media.”