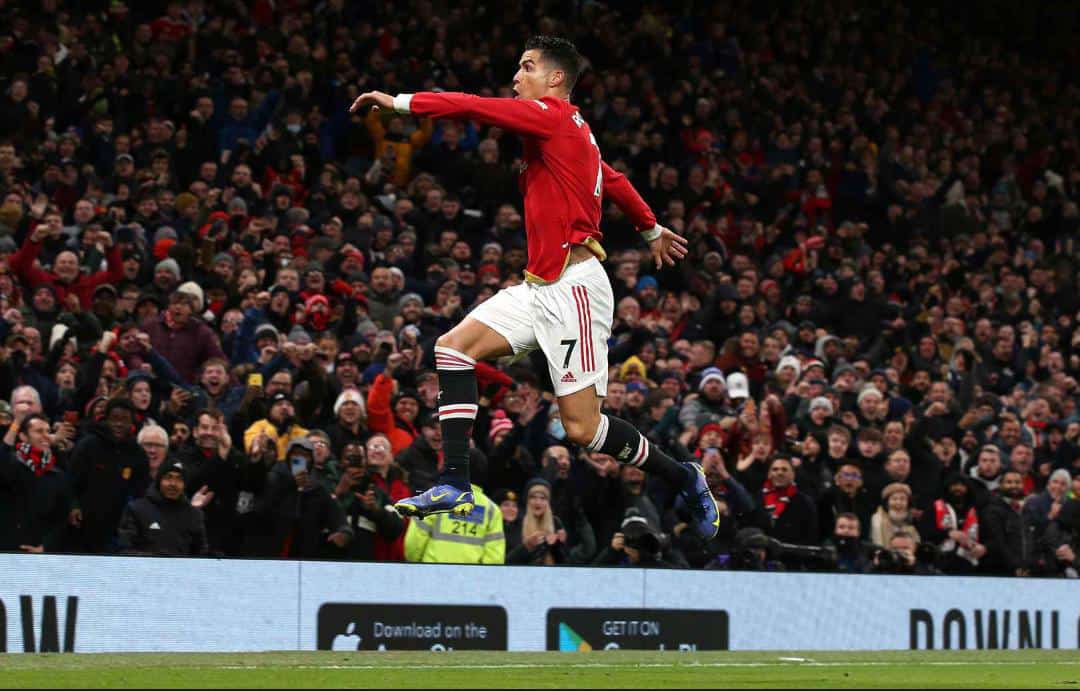 Gatekeepers News reports that Ronaldo has become the first footballer to score over 800 career goals in the history of football.

The Red Devil forward netted his 800th goal at the 52nd minute in the ongoing match between United and Arsenal at the Old Trafford.

The Returnee went past the record which was earlier set by Tony Pulis by scoring his 801 goal through a penalty kick at the 70th minute of the game to restore a 3-2 lead for his side after being pegged back.

Ronaldo now stands alone as the first player in football history to achieve 801 career goals – a ludicrous feat that has not been matched by anyone past or present.

The 36-year-old who recently lost the 2021 Ballon d’or to his closest rival Lionel Messi had debunked France Football’s editor-in-chief Pascal Ferre’s claim that “Ronaldo has only one ambition and that is to retire with more Ballon d’Or [awards] than Messi.”

This played out tonight as Ronaldo added a feather in his cap at Old Trafford.