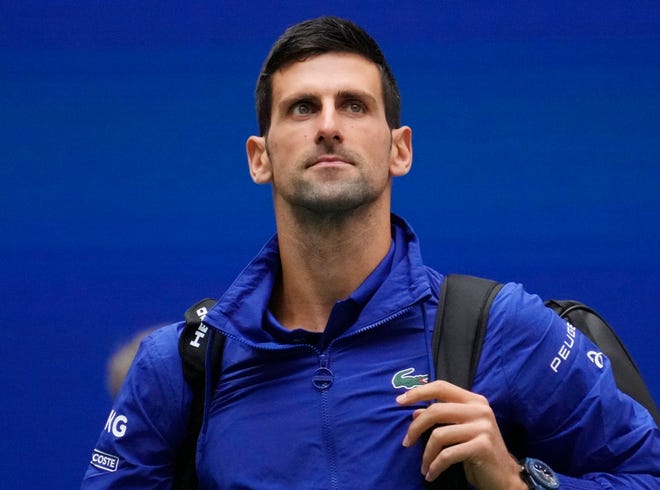 It’s no gainsaying that health is wealth, a healthy society is a booming society. That unarguably played out in 2020 during the COVID-19 outbreak which shut the whole world down. Activities as sacred as spiritual gatherings were kept on hold. Other livelihood and forms of entertainment were not left out as everyone was forced to stay indoors because of the CORONAVIRUS beast that was ravaging the society; killing youth and old irrespective of class or gender.

The sporting world was not left out as all training centres, stadiums, courts, etc were also closed.

However, things began to resume back to normal on the approval of a vaccine by the World Health Organisation (WHO). Although sporting activities resumed, the world was still mindful of the COVID-19 beast.

In 2021, Novak Djokovic who is the current world No. 1 Tennis player thrilled the tennis lovers by becoming the third male player to win the most Grand Slams – 20  (major) titles in tennis history, tying him with Roger Federer and Rafael Nadal.

The Serbian was on his way to becoming the first winner of a calendar-year Grand Slam — winning all four major titles in the same year before Daniil Medvedev rubbed him of the US Open victory in straight sets, 6-4, 6-4, 6-4.

On Tuesday, January 4, 2022, the world No. 1 Tennis player announced his plan to travel to Australia on a COVID-19 vaccine “exemption permission” to compete at the Australian Open.

Djokovic after landing in Melbourne on Wednesday evening was held in isolation after reportedly attempting to enter the country on a visa that does not permit medical exemptions for being unvaccinated against COVID-19.

After being held for hours in the airport, where he was placed in isolation in a police-guarded room on Thursday morning in Australia and his visa was eventually cancelled.

At the period of cancelling the visa, an Australian Border Force had said in a statement: “The ABF can confirm that Mr Djokovic failed to provide appropriate evidence to meet the entry requirements to Australia, and his visa has been subsequently cancelled.”

Djokovic through his legal team appealed to an Australian Federal Court. Luckily for him, Judge Anthony Kelly ruled in his favour, revoking his visa and also ordered the immediate release of the 34-year-old from detention at Melbourne’s Park Hotel.

Judge Kelly had said, “A professor and qualified physician provided the applicant a medical exemption, the basis of which was given by an independent expert panel established by the state government… that document was in the hands of the delegate.

“The point I’m somewhat agitated about is, what more could this man have done?”

The ruling brought the Australian government into the limelight as the global world began to wonder about the high level of porosity in Australian law.

It was outrightly opposite of Prime Minister Scott Morrison’s stand, where he stressed that nobody was above the country’s border rules.

A few days later, several controversies were surrounding a PCR test that Djokovic took before leaving his home country for Australia. According to reports, the Serbian had exposed himself to a gathering where many later tested positive.

In his defence, Djokovic noted that he had severally tested negative afterward.

Despite all these, the revoking of the tennis star felt like a sting on the Australian government as Immigration Minister Alex Hawke through “his ministerial discretion” revoked the 34-year-old Serb’s visa for the second time.

Hawke had also argued that the basis for Djokovic’s presence in Australia might risk “civil unrest” as he is a “talisman of anti-vaccination sentiment.”

No One Is Above Health

As earlier done, Djokovic’s legal team appealed again, but unfortunately lost the appeal on Sunday. The tennis star was, however, deported a few hours to the first grand slam in 2022.

However, Serbian President Aleksandar Vučić has refused to the health threat attached to this but has rather drawn a battle line with the Australian government.

Whether Vučić likes it or not, his fav has been forced to leave Australia and has just lost his chance to a calendar-year Grand Slam in 2022.

More importantly, Morrison’s words superseded, “Mr Djokovic’s visa has been cancelled. Rules are rules, especially when it comes to borders. No one is above these rules.”

The fact remains that health is wealth, an unhealthy society is nowhere close to being called a society.