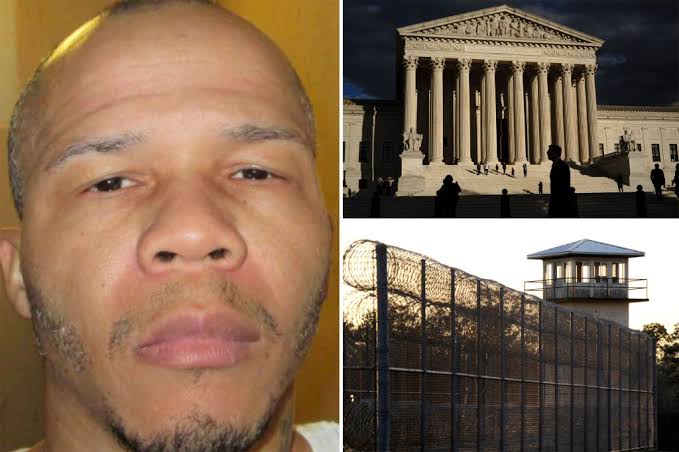 Matthew Reeves, a disabled man who killed a taxi driver has been executed.

Gatekeepers News reports that the Alabama man was executed on Thursday for brutally murdering a taxi driver who gave him a ride more than 25 years ago.

Reeves, the death Row inmate had claimed his ‘intellectual disability’ meant he did not understand forms asking him to choose either death by lethal injection or an alternative method using nitrogen hypoxia.

Similarly, his lawyers had claimed he had a reading capacity of a first-grader and the language skills of a four-year-old.

However, the Supreme Court rejected this plea on Thursday, after voting 5 to 4 that the 44-year-old was intellectually sound enough to comprehend the forms.

He was sentenced to death for robbing and then fatally shooting taxi driver Willie Johnson. Afterwards, the then 18-year-old Reeves took away the deceased’s taxi.

According to reports, the teenager went to a party after murdering Johnson with a shotgun, where he danced and re-enacted the killing while still covered in the taxi driver’s blood in 1996.

Reeves who only requested a bottle of Sprite, gave no final words before his execution.