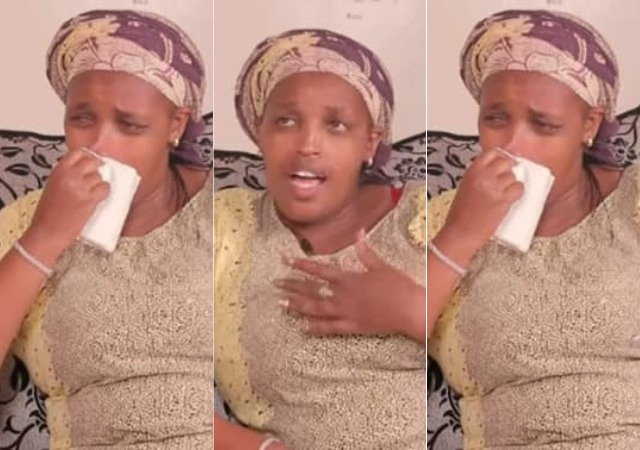 Soipan Martha, a Kenyan woman, has revealed that her husband has been sleeping with her mother for 15 years.

Gatekeepers News reports that Martha said her mother who moved out of the house to live with her ex-husband, called her in the wee hours of one night, begging her to rescue her from her husband who was battering.

“She told me that he (ex-hubby) was beating her that I should help her. Ten years before this I had left this man but he confessed to having an affair with her mother for over 15 years. My mother was there and she could not even deny it. This hurt me so bad. Why would she do this? Why would she hurt me like this,” the mother of one she wept bitterly as talked to Tuko news.

“She even lied to me that they had ended the illicit affair, but after I took care of her and even sunk into debts because of her treatment, my mother left my house and moved in back with my ex-husband,” she recalled adding that she had since distanced herself from the two, but forgiven them.

Martha said she will start afresh by clearing her debts and leaving the country where no one knows her misery.

In this article:Gatekeepers News, Soipan Martha