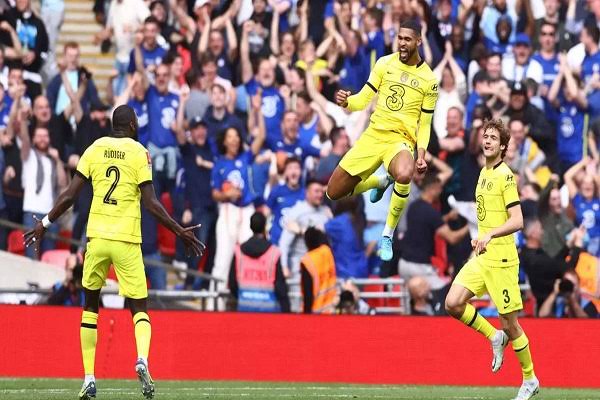 Ruben Loftus-Cheek and Mason Mount’s goals into Crystal Palace net have secured a place for Chelsea in the FA Cup finals.

Gatekeepers News reports that the Sunday semi-final victory for Chelsea has yet secured another Wembley meeting with Liverpool in the 2021-2022 season.

Although Palace had their opportunities, goalkeeper Edouard Mendy, however, aborted Cheikhou Kouyate kick in the first half. Afterwards they were unable to secure any goal for an equaliser until Mount slipped a low finish beyond Jack Butland 14 minutes before the end of the match

Thomas Tuchel side will be meeting Liverpool to secure their third consecutive FA cup on May 14 at Wembley.

The match will be the last marquee event of Abramovich’s time at the club drawing the line between this season and the next i.e between the past and an uncertain future.