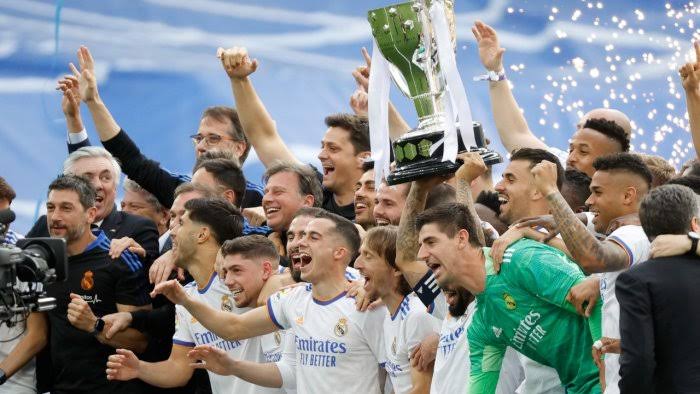 Real who have four games to spare now have an unassailable lead over second-placed Sevilla.

Although the Carlo Ancelotti’s side needed just a point to secure the trophy, they ended up taking all three to record with a 4-0 victory, all thanks to Rodrygo, Marco Asensio and Karim Benzema.