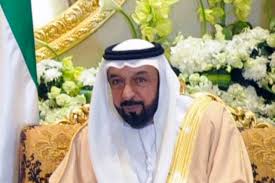 He was 73 years old at the time of his death.

“The Ministry of Presidential Affairs condoles the people of the UAE and the Islamic world… on the passing of Sheikh Khalifa bin Zayed Al-Nahyan on Friday, May 13,” the Ministry said.

The ministry announced 40 days of mourning with flags at half-mast from Friday, with work suspended in the public and private sector for the first three days.

Zayed took over as the UAE’s second president in November 2004, succeeding his father as the 16th ruler of Abu Dhabi, the federation’s richest emirate.