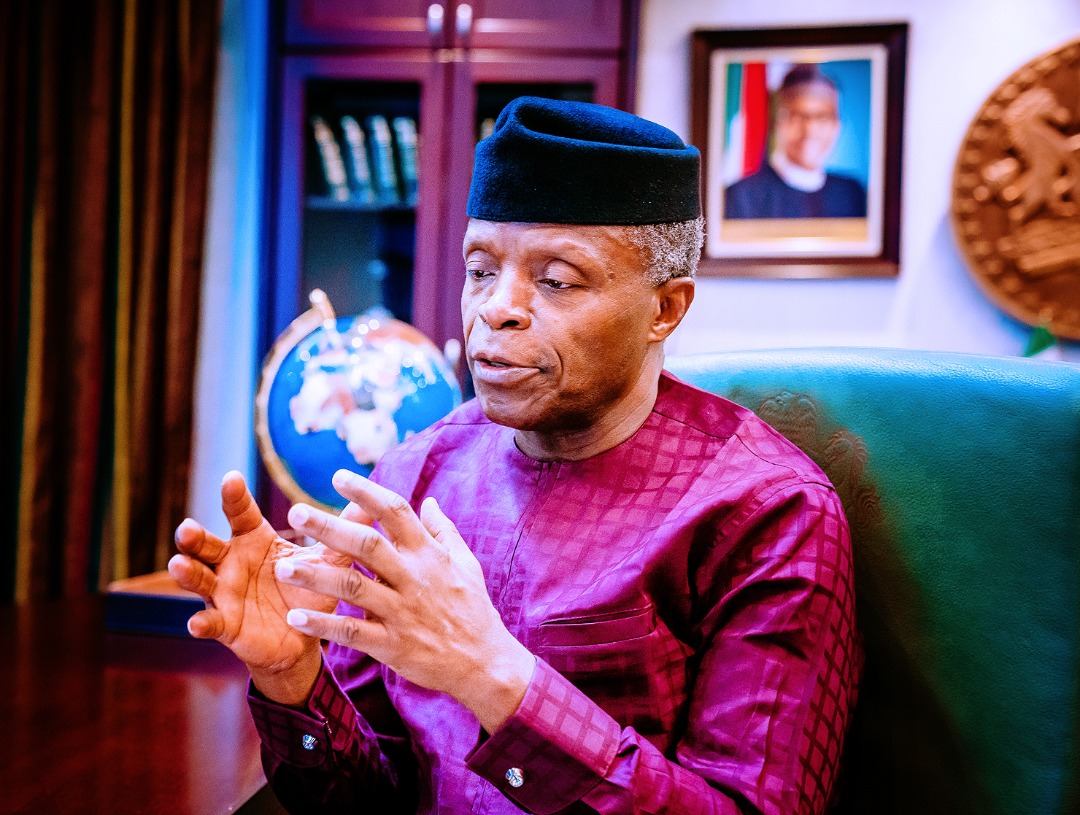 Gatekeepers News reports that Osinbajo said this while addressing newsmen at the Presidential Wing of the Nnamdi Azikiwe International Airport, Abuja, shortly after he arrived from Uyo, Akwa Ibom State on Friday

The Vice President said it is worthy of note that President Muhammadu Buhari and the Sultan of Sokoto had condemned the incident.

Osinbajo said, “Let me say that, first, the president has reacted to this, in a statement which was issued earlier condemning the action.

“I must say that it’s a deeply distressing thing, very disturbing – such an atrocious killing of the young lady by a mob who took the law into their own hands; I think it’s very unfortunate.

“The swift reaction of the Sokoto State Government and also the Sultan of Sokoto is highly commendable.

“I think that their swift reaction to the situation clearly demonstrates the outrage of millions of Nigerians and also the desire of everyone to ensure that the perpetrators are quickly apprehended and prosecuted.”

He noted that there was no justification for extra-judicial killing as there were legal channels for addressing any misdeed.

Osinbajo condoled with the family of the deceased and prayed to God to comfort those she left behind.

“As the president said, there’s really no excuse for anyone to take the law into their own hands no matter the provocation, there are set processes for ensuring that we are able to redress whatever wrongs that are done against us.

“We must express our condolence to the family of the young lady, Deborah Samuel.

“I can’t imagine how her parents and siblings and members of her family feel, not just about her death, but the very horrendous nature of its occurrence.

“I think it’s very sad indeed, and we extend our sincere condolences to them; we ask that the Almighty will comfort them at this time,” the Vice President said.