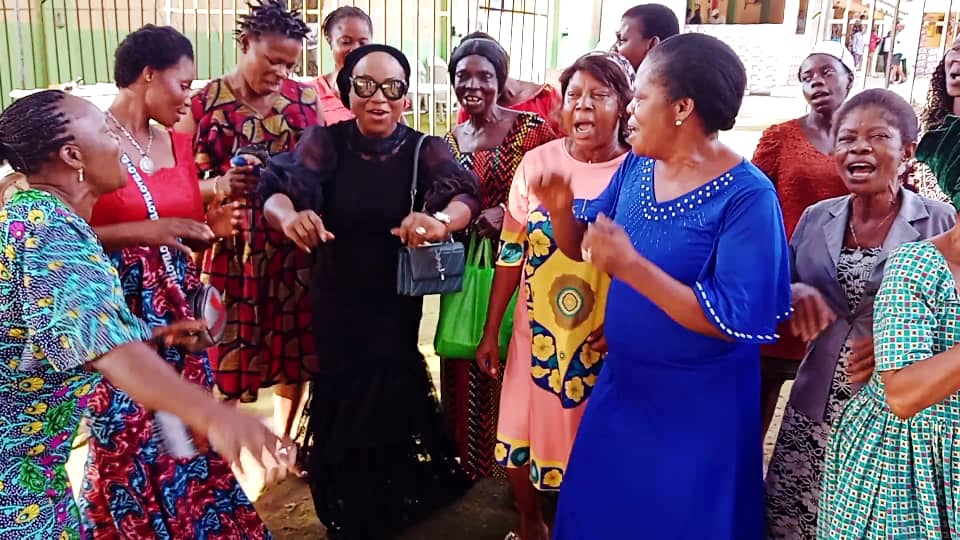 Mary Ikoku, a House of Representatives aspirant has wooed delegates in Ohafia/Arochukwu federal constituency of Abia state, Southeast Nigeria, ahead of the scheduled All Progressives Congress (APC) primary election.

Gatekeepers News reports that the frontline human rights advocate and development expert had earlier passed the screening process of the ruling party and was certified fit and ready for the contest.

Ikoku, while addressing said she has remained focused on her determination to deliver good representation for her people if elected.

While making her declaration at Ohafia, Ikoku interfaced with the leadership of her party, in the local government area.

She noted that her driving force to run for elections is the hunger to bring the needed development to the Constituency.

Ikoku said, “When you look at what our people are going through, it brings tears to the eyes. For instance, the only road that connects these two brothers has become a reproach, standing as a division to us. It has degenerated from a road to a meter path that commuters are scared of plying. We will ensure that this road is fixed.

“I flew into Uyo airport from Abuja after my screening and came by road all the way from Uyo airport, it was a freeway all through Akwa Ibom, but once we entered Abia state, we were greeted by bad roads. Why must our state be replete with bad roads?

“As your representative, your constituency projects will get to you. Our people in Ohafia and Arochukwu local governments will all bountifully benefit from the Constituency Projects.”

She further explains her plan for the youths in the constituency, “Regarding our youth, you have to squarely address the problem of unemployment facing our youth before you start blaming them for what they are not doing well. We intend to launch IT hubs in this constituency.”

She also listed other key areas she intends to focus on the implementation of the ‘E3’ – Education, Employment, and Empowerment; sports, entertainment, and culture as a vehicle to create jobs and recreations for the youth; and the rehabilitation of dilapidated social and physical structures as well as institutions in the 2 LGAs.

In his response, the APC Chairman of Ohafia LGA said they were happy to receive a woman who has the vision to lead and represent the people in their midst.

The Chairman, while arguing that women in their caring nature, were better managers, pledged that his local government area will support the candidacy of Mary Ikoku.

On his part, the Chairman of Amaogudu ward, Ude Nwokocha said, “We have listened to you and we believe you and our people would troop out to cast their votes for a female representative for the first time, since, according to him, the men have failed to make the desired impact.”

Also present at the meeting were the 27 LG executives including the party secretary, Woman Leader, Youth Leader, Chairmen, and Secretaries of the 11 wards in the LGA. 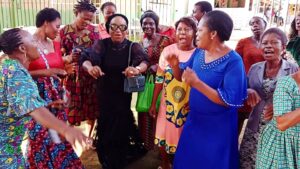 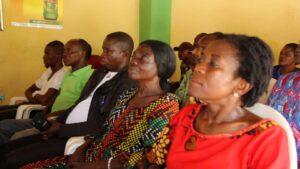 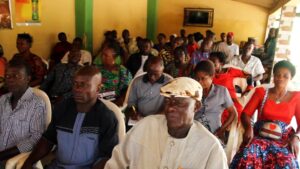 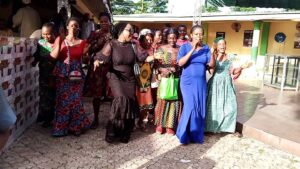 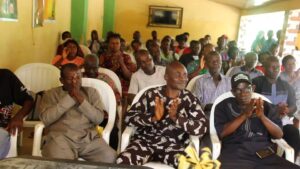 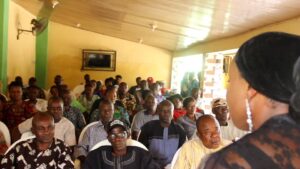