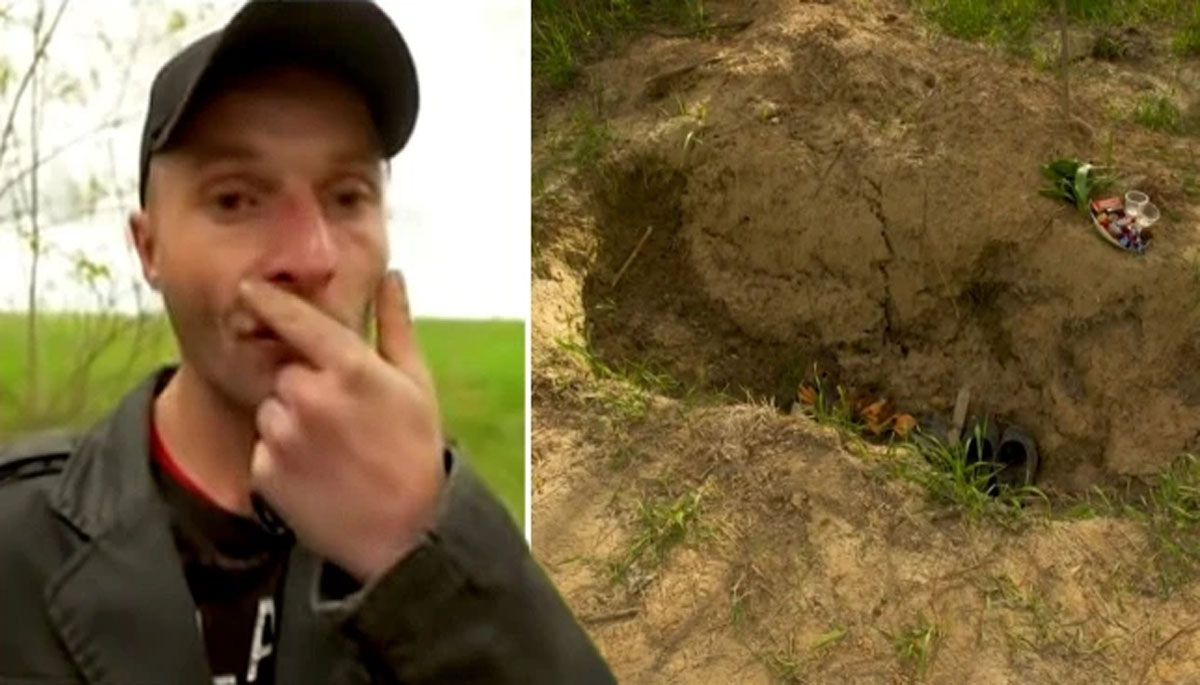 Mykola Kulichenko, a Ukrainian man who was buried alive by Russian forces, has narrated how he dug his way to freedom.

Gatekeepers News reports that Kulichenko has claimed he was supposedly shot in the face and buried along with his two dead brothers in a shallow grave by Russian forces and has miraculously survived to tell of his harrowing ordeal.

Kulichenko alleged that Putin’s forces hauled him out of his house in the village of Dovzhyk, close to the northeastern city of Chernihiv, on March 18, just two weeks before the Russian army retreated from the region.

According to him, all three siblings underwent three days of brutal interrogation, which included regular beatings and being kept in a basement for three days, amid suspicion they had been involved in the bombing of a Russian convoy.

He added that their captors decided enough was enough on the fourth day of interrogation by bounding, blindfolding, and bundling them into the back of a military vehicle which ferried them to a secluded spot in a nearby wood.

Kulichenko told CNN how he was forced to kneel and wait as a shallow grave was dug before his older brother Dmytro and younger brother Yevhen were executed mere metres away from him.

Moments later, a Russian soldier allegedly shot Mykola in the face too – but the bullet entered through his cheek and exited behind his ear, fortunately missing any vital arteries and organs.

The trio were thrown into the pit and lightly covered in dirt after Mykola played dead, but he later managed to wriggle free and avoid a slow, painful death from asphyxiation.

The lone survivor said, “I was lucky… and now I have to just go on living.

“This story needs to be heard by everyone, not just in Ukraine, but around the world because these kinds of things are happening, and this is just one in a billion.”

He further narrated how the Russians descended upon the small wooden house where he, his two brothers, and their sister Iryna lived after one of their convoys in the area had been bombed.

Putin’s troops, who suspected the brothers might have had something to do with it, ordered the men outside and forced them to kneel at gunpoint while they ransacked the home, searching for any indications of military involvement.

Although none of the brothers had a hand in the bombing, a military medal belonging to their grandfather was all the evidence the invaders needed to implicate them.

Kulichenko wasn’t sighted until five days. He was sported with bullet wounds and covered in dirt and blood and arrived back at the house, where sister Iryna was waiting anxiously.

Their sister, Iryna, recounted through tears, “I came home, and there was Mykola. I looked into his eyes and asked where the others were? He said there are no others.”