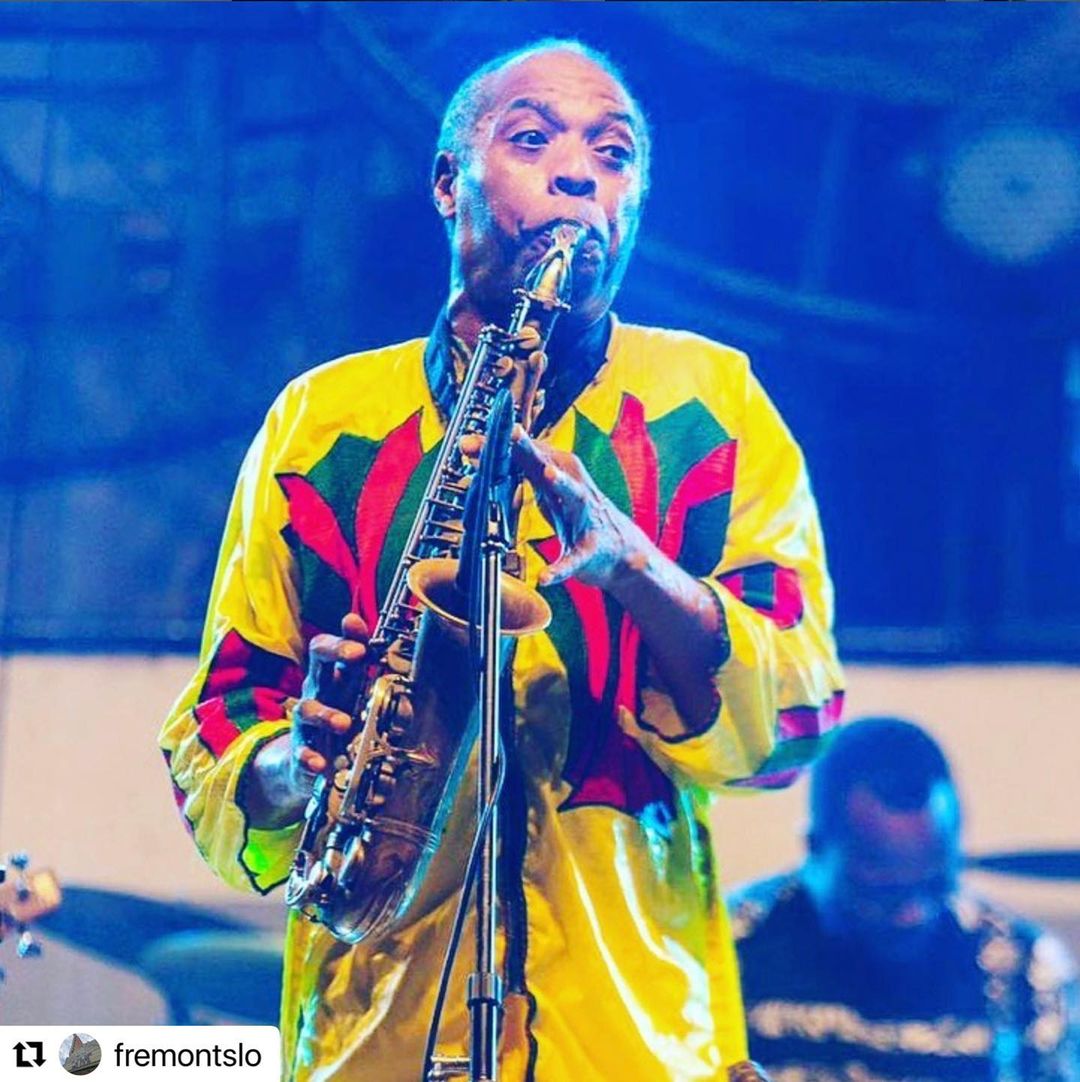 Nigerian singer/saxophonist, Femi Kuti has recieved a ‘bigger than grammy gift’ from his family ahead of his 60th birthday.

Gatekeepers News reports that Nigerian singer, Femi Kuti and  Made, have held their first joint show tagged ‘Father & Son: The Experience’, where Femi Kuti was gifted a rare saxophone by his family ahead of his 60th birthday.

The concert, organised by FK Management, and hosted by Omo Baba 1, the comedian, took place at the new Afrika Shrine on Sunday.

At the event, the two musicians thrilled guests with electric performances of their songs. It also had performances by Olusegun and his Afrobeat band.

Highlight of the event was a surprise gift presentation to Femi ahead of his 60th birthday scheduled for June 16.

The initiative, according to the singer’s family, was to celebrate the 100th anniversary of the first Selmer saxophone that was manufactured in 1922.

Yeni Kuti, his sister, said the family decided to celebrate Femi because he “always puts others before him and is very hardworking.”

On his part Made said: “We planned the surprise because we all wanted to do something special for my dad.

“He didn’t even believe there was a superior version of the Selmer saxophone until I showed him at the Selmer Alto Supreme 2022.

“I knew he wanted it but he said he can’t afford it because he has school fees to pay for my brothers and sisters and other responsibilities. That’s why we eventually all agreed on the sax.”

Femi appreciated his family members for the gift, adding that the birthday present “is bigger than the Grammy” to him.

“This as far as I am concerned is bigger than the Grammy. I can’t ask for more.

I felt they were planning something but thought maybe they’ll just surprise me with a cake. I was very shocked when I saw it. I’m very grateful to my family and friends,” he said.

Funke Kuti, the event coordinator, also expressed delight at the success of the concert and appreciated those who supported the initiative.