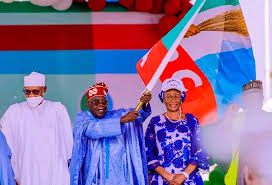 I have become very familiar with Nigerian politics to the point that nothing, in this era of a divided Nigeria, excites me anymore. But the emergence of Bola Ahmed Tinubu at the APC’s primary last week excites me with perfunctory relish.

My excitement resonated from two dialectically opposing standpoints. He was not the candidate of the president. He was the choice of the Northern Governors. The APC Northern Governors reasoned like patriots and delivered their verdict like statesmen.

They took into account, Nigeria’s political fluidity and inherent faultlines, in coming up with their position, which to a large extent spoke to justice, fairness and equity. They made my day when I listened to their rationale for opting for a Southern candidate despite the initial “gra-gra” of Adamu Abdullahi, the Sarkin yaki of Keffi endorsing the Senate President.

It also exposes the often repeated character of politics and its unreliability. Ahmed Lawan was helped to become Senate President by the Tinubu Group within the APC, but rather than show some reciprocity when the lure of power confronted him, he capitulated and opted to serve as Adamu Abdullahi’s guinea pig to test the propriety of another Northern candidate/president.

This time, he didn’t remember that he was a Tinubu man. He was enjoying the vibrations from the National Chairman, who spoke like a typical dictator, unleashing the diktat of egocentrism,  to rein in party members for Lawan Ahmed.

The same political hawks who saw to the exit of Comrade Oshiomhole were at play, this time, they were beaten to their game by Asiwaju Tinubu’s strategic prowess.

Quiet and very unassuming, Tinubu criss-crossed the entire country to cement his bond and alliances amongst the power players of APC platform. He was aware that Adamu Abdullahi was installed to do a “dirty” job of bringing any preferred aspirant to the stable.

The president, easily given to body language was beaten to his own game by his Governors who saw through the clear danger that another Northern candidate will wrought on the party. President Buhari is one of those pretentious political players whose hand you are not likely to see in cooking a plot, but who ends up benefitting from it.

He would have loved to have a rubber stamp Senator Ahmed Lawan as his successor no matter how incongruous that would have been. As a nepotist, those ingredients that sustain his northernisation agenda would have suited his presidential ego.

But the algorithms of.power in Nigeria are more sensitive than what the president could see from his prism in Aso Villa. After his presidency, it is only natural that power rotates to the South especially now that the Country is sitting on a keg of gunpowder. It is sensitive and delicate. A little prompting can explode the tinderbox.

So, the Northern Governors, conscious of the delicate balance of the tripod arrangement in the country opted to be statesmen.

They collectively uprooted Adamu Abdullahi from his Lawanness, and boxed the president to a corner by first leaking their communique to the media before meeting the president.

That in itself was a political master-stroke. The president had no option than to capitulate to their reasoning, which in every material particular, cannot be faulted. Governor El’rufai was at his articulate best when he churned out the position and the logic behind the position.

He spoke so eloquently about the need for sustaining a process that would naturally deepen the trust between the north and south, rather than fan the embers of disunity by sheer desperation to retain power in the North.

Those Northern Governors have since become the real heros of the APC primaries and patriotic Nigerians who are very much abreast with the sensitivity of our political balancing.

More than anything, the Governors were very much aware of the bottled anger in the South and were prepared to reinvent the will to engender a sense of belongingness and politics of inclusion which a hetereogenuous nation like Nigeria needs to sustain its oscillation.

They were right, Adamu Abdullahi was wrong. Once the president was aware that the Northern Governors were resolute with their position, he recoiled to his habitual shell, to watch how the plot unfolded, while declaring that he had no anointed candidate. Adamu Abdullahi was sacrificed and placed in a precarious situation of a lonely political undertaker.

That was what happened to Adams Oshiomhiole. The president sacrificed him without informing the former Chairman of the intention to set up an interim executive body.

Oshiomhole heard of his ouster from the news like every onlooker. And the doors were shut against him in the process. It was the end of a sordid tale of intrigues and gerrymandering.

All factors that were concocted to remove Oshiomhole from office have been contradicted by the present realities in APC new exco. There is a seeming love lost between the Chairman of the party and the Governors.

But the country and the political balance are better served than throwing up an obviously awkward arrangement that would have set APC on self destruct. So, Tinubu’s victory is one that outsmarted the invidious plot to sustain a Northern hegemonic political grip.

Whatever Tinubu did to make the Northern Governors see reason with his aspiration is what will define the real campaigns and his success at the polls. Tinubu is generally known to be a team player, a.consummate political strategist who understands the political temperature of the country.

During Obasanjo administration, he was the last man standing in a plot to railroad, by crook or hook, the South- West geopolitical zone into national politics. President Obasanjo tried his best to break the fortress of Tinubu as Governor of Lagos, but he failed in his plot to rewrite the politics of Lagos. Tinubu survived and has remained in contention in contemporary politics of Nigeria.

Tinubu is not just a tested political General of note, but one who has been around and leading the war from the front in political emancipation to birth this democracy. He has been a Senator, Governor and staunch player of.progressive politics whose deliberate intervention altered the political trajectory of the PDP in 2015. His sphere of influence undoubtedly saw him rally round all the forces that made his victory possible in the APC primary election. He is articulate, strategic in his elocution, profound in his understanding of the issues, and deep in his knowledge of the issues confronting us as a people.

Easily admired as a man who knows how to recruit solid brains and capable hands to drive the wheel of governance, Bola Ahmed Tinubu is a politician’s conveyor belt to deliver the goods and promises. Even when there is general cynicism about the choice of his running mate, Tinubu knows how to cultivate power and its addictive properties.

He knows too well how to utilise the potentials of persons to achieve his set goals and objectives. He is blessed with the uncommon ability to coordinate factors and means to pursue his aspiration without taking anyone for granted.

His sublime humility and ability to reach out to his friends, associates and political footsoldiers is part of the reason why Tinubu stands tall amongst other politicians in the country.

His knack for doing things differently also distinguishes him from others. As a political planner, this is the first time he is venturing into presidential contest, and appears poised to clinching the cup in 2023.

His other contestants in PDP and Labour Party surely have a formidable candidate to contend with. As a politician of note who has been around for a long time, fought military intervention in politics and governance, and used external influence to generate awareness for return to democracy, Tinubu is no doubt, the man to beat in the 2023 election.

Aside from having a solid war chest coupled with network of.influence, he surely knows the game and how to cultivate the process.

This is why the optics are in his favour in 2023 and as a team-player, he surely understands the dynamics that would get him the votes when push comes to shove.

Tinubu might be impaired by the poor performance of his party’s leader, the president of the country, but he has since acquired the credibility that makes him his own brand.

He has also shared in the aspirations of the masses by raising concerns about the ugly realities that stare us in the face. What will count in his favour against the PDP candidate, are a combination of factors, part of which has to do with his geopolitical zone.

An Atiku Abubakar contesting against the run of play is a huge advantage for the South. A lot of Nigerians from all walks of life are in agreement that power should rotate to the South after President Buhari will be finishing his 8-year tenure in 2023.

That argument is unassailable because of the peculiarity of the country as a plural society with several ethnic configurations; reason why the Northern Governors opted for a Southern presidency to cement the existing understanding of.power rotation.

No doubt, the months ahead will portend interesting dynamics as the 2023 elections draw closer. For sure, there would be some outcomes that will alter the permutations for birthing a new paradigm in the coming months. But Tinubu’s candidacy sparkles and excites. 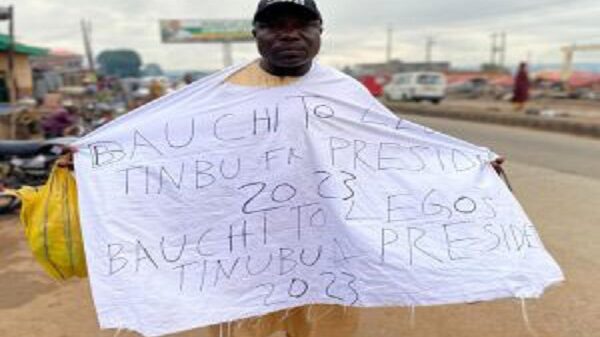 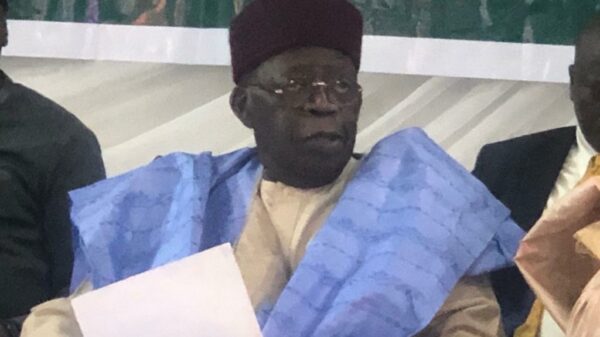 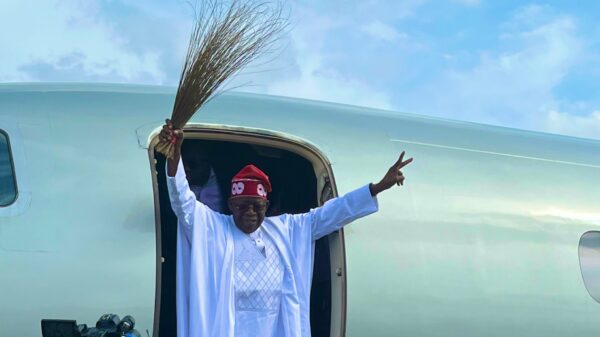