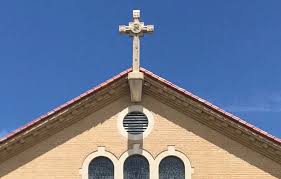 Terrorists have attacked a church killing 3 worshippers and abducted no fewer than 36 in Kaduna State, North West Nigeria.

Gatekeepers News reports that former Special Adviser on Media to the Governor of Kaduna State, Mr.Reuben Buhari confirmed this.

He said the attack on Roboh village, Kajuru LGA where 36 people were kidnapped and 3 killed wasn’t the first attack.

According to him, ” attacks on rural communities by kidnappers have been going on without respite. Most go unannounced, unreported.”

“The attack on Roboh village, Kajuru LGA today where 36 people were kidnapped and 3 killed wasn’t the first attack. On 5th January 2022, it was attacked and some kidnapped. On 27 April, 2020, the community was attacked again and this time some houses were burnt. Then the attack of today, 19 June, 2022.”

He said because of the constant attacks on the community and surrounding ones, “the people in the village decided to start holding church services early by 7am so that people can hurriedly go back to their homes. It was some few minutes after 7am today, while both the Catholic and Baptist churches were holding their services when the kidnappers attacked.

“I spoke to a man whose wife, mother and daughter were taken from the Baptist church today. The anguish in his voice is something none of us should experience. The worrisome part of the insecurity is that most in Roboh have difficulties cultivating their farms. Moreover, because villages like Bakin Gada, Ungwan Pada, Maikori, Dogon noma, that surrounds Roboh have all been attacked at different times, people find it difficult to venture far to their farms.”

“Now, this man and others would wait for when the kidnappers would call and ask for ransom. They would start borrowing, begging and selling anything to raise the ransom.

In this article:#Featured, Catholic church in Kaduna State