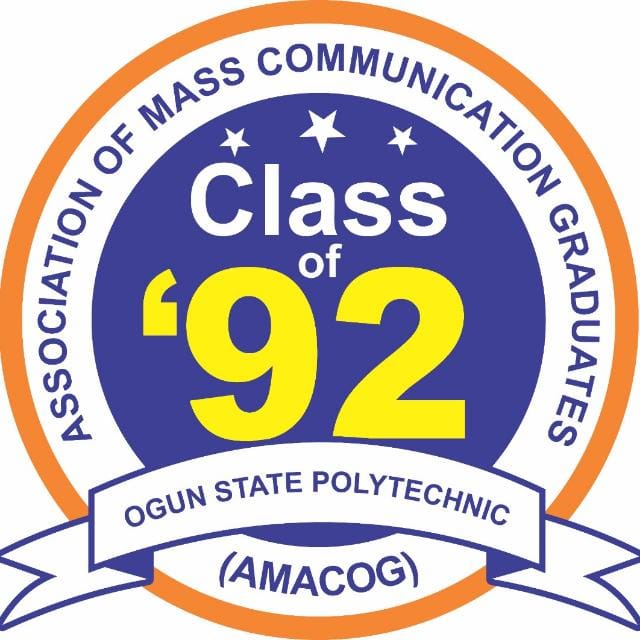 Association of Mass Communication Graduates (AMACOG) of the Moshood Abiola Polytechnic, Abeokuta, Ogun State, Southwest Nigeria, Class of ’92 has concluded plans to mark its 30th graduation anniversary on July 1 in the institution.

Gatekeepers News reports that Adekunle Adeshina Chairman, AMACOG 92, said the celebration would allow the old students to support the Department of Mass Communication, their alma mater in key areas.

In a statement, Adeshina said the members of the association planned to unveil the institution’s television studio, which the old students have renovated and equipped with modern equipment.

The presentation of the renovated studio is expected to draw the attention of the Acting Rector, MAPOLY, Adeoye Odedeji; Head of Department, Mass Communication Department, Lekan Togunwa; and Olota of Ota, Prof. Adeyemi Obalanlege, who is also a member of the association.

Adeshina said, “We can’t allow 30 years of our graduation from the school to pass away unnoticed and uncelebrated.

“Many of our members have grown in their fields, but don’t forget that they started their tertiary education in this place.

“In this unique set, we have Editors of national newspapers, Publishers, General Managers of radio and television stations, Proprietors of broadcast stations, Directors in both state and federal ministries, a first-class traditional ruler, and many outstanding professionals.”

The AMACOG chairman added that the association recognised that such a celebration could not be deemed notable without the set giving back to the school through the department.

“We have renovated a television studio in the Mass Communication department and installed modern equipment which will aid the impartation of modern education and practical skills in contemporary media practice to the current and future students,” he said.

Adeshina stated that the one-day event would be rounded off with a dinner on Friday, adding that this would allow the old students to network and exchange ideas on how to move the association and the department forward.

In this article:AMACOG, Gatekeepers News, MAPOLY