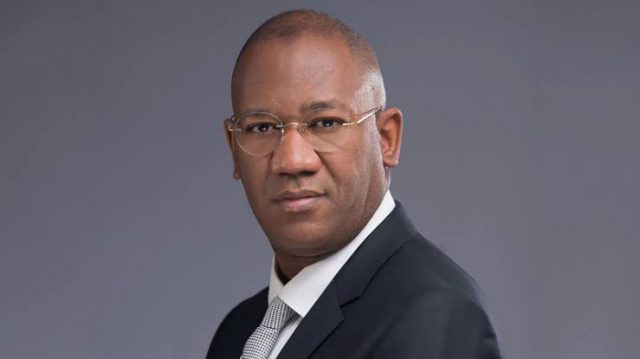 Yusuf Ahmed-Baba, the running mate of the presidential candidate of the Labour Party (LP), Peter Obi, has said he and Obi have solutions to end insecurity in Nigeria.

Gatekeepers News reports that the Vice-Presidential on Monday, accused the President Muhammadu Buhari of failing to tackle insecurity in the country.

Yusuf bared his mind on the state of the nation’s insecurity during an interview on Politics Today on Channels Television.

He, however, failed to say what the plans to end the insecurity were, noting that there was no point talking about the plans as so many politicians had talked and failed.

Yusuf said he was ashamed that Buhari failed to secure Nigeria despite all his promises to end insecurity.

Yusuf while reacting to how Obi’s administration, if he won the elections, would tackle insecurity said, “We do, what have Nigerians not heard in the past? What has the All Progressives Congress not told Nigerians? What did Buhari not say about restoring security? Are Nigerians not tired of hearing people talk and doing the opposite?

“Peter Obi and I are a completely a different mix, that is why we are seeking this opportunity and when we get it, we will deliver.

“The importance of talking has been destroyed by this administration, I feel ashamed to talk because someone like Buhari has talked and he failed.

“I don’t want to talk but act, we have the solution and by the grace of God, Nigerians will be safe and secured.”

On how he and Obi will address the education sector which has been marred by persistent strikes said the way to end persistent strike actions of the Academic Staff Union of Universities in Nigeria was consistent negotiations, adding that the Obi’s administration would be committed to welfare of lecturers.