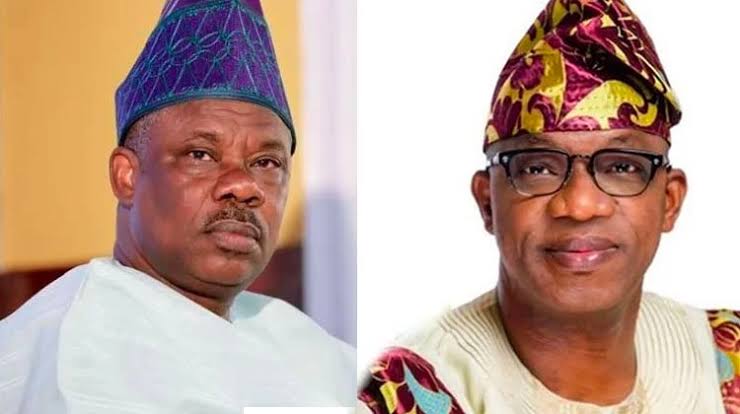 Gatekeepers News reports that Amosun disclosed this while speaking after receiving an award from the Abeokuta Club to commemorate the 50th anniversary of the association in Abeokuta, the State capital on Friday.

In 2019, Amosun threw his weight behind Adekunle Akinlade who contested on the platform of the Allied Peoples Movement (APM) against Abiodun who was the candidate of the All Progressives Congress (APC).

Amosun revealed that the 2019 governorship election in the state was rigged to favour the incumbent governor.

He added that he had moved on because those who orchestrated the rigging had apologised to him.

Amosun said, “During the last election, thank God, Chief Osoba is here, I have said it, we won convincingly. They rigged, rigged, and ended up with 19,000.

“Some of them came to apologise to me. I can be mentioning names. We won that election. But I have moved on.

“We did our work. We will continue to do what we have to do. God will be with all of us.”

Later in an interview with newsmen, Amosun declared that he was not in support of Abiodun’s administration, adding that he must be removed.

He also assured his supporters that the next line of action would soon be made public.

“Well, I am happy. When you are in a place and they are telling you that you have done the work of four or five governors altogether. I feel elated. I am happy that they appreciated our little efforts.

“Just wait, very soon, you will hear where we are going next. Clearly, you know my stand, and my stand is my stand. I am not supporting this administration that is there now. He must be removed,” he said.